The weather is crazy and it is not by chance. There are more or less cyclical or sudden meteorological events that can be attributed to climate change, but there is a meteorological phenomenon that occurs locally, associated with the basin of Lake Maracaibo (Venezuela), and which consists of a brutal and continuous discharge of thunder and lightning.

The association with this place is obviously not accidental: as with other meteorological phenomena, the orography of the area is decisive, specifically due to the mountain ranges and the proximity to the Caribbean. Occurs recurrently throughout the year, especially between the months of April and Novemberand they nickname it “ozone factory” (although the final destination of the gas may not be what we think).

Lightning is produced by a large difference in charges between the lower part of the clouds (negative) and the surface and its elements (negative charge), due to the fact that when it rains there are frictions and collisions between drops of water and particles of soil, and which manifests itself visibly with a strong glow. This imbalance is resolved fast with the transfer of electricity (lightning), which usually causes sounds due to the phenomena of expansion and contraction of the air (thunder).

Regarding the Caratumbo lightning phenomenon (which is referred to in the plural and in the singular according to the criteria considered by each researcher), what is produced is a series of continuous electric shocks and lightning, between clouds, from cloud to ground and from ground to cloud. As we saw in the video before this paragraph, the discharges come from cumulonimbus, large clouds between 12 and 16 kilometers high, concentrated above all in the Catatumbo river basin (hence the name).

We said before about the orography because the topography and relief of the Catatumbo area is sufficient for the perfect storm to occur (never better said). Three sides of Lake Maracaibo are surrounded by mountains (including the Perijá Mountains and the Cordillera de Mérida, the Venezuelan branch of the Andes), leaving a narrow window to the north that opens onto the Gulf of Venezuela. The gulf provides the lake with a well-tempered mass of Caribbean water and this adds to the dose of humidity that the tropical heat of the area causes in the lake itself.

In the afternoon, the winds associated with the low-level nocturnal current of the Maracaibo Lake basin arrive, when evaporation is greater, penetrating the surface and being forced by the contrast of cold air masses coming from the mountains to ascend . So cumulonimbus clouds formso that when the water droplets of the humid air mass collide with the ice crystals of the cold air mass, that difference in charges that we described before is produced. 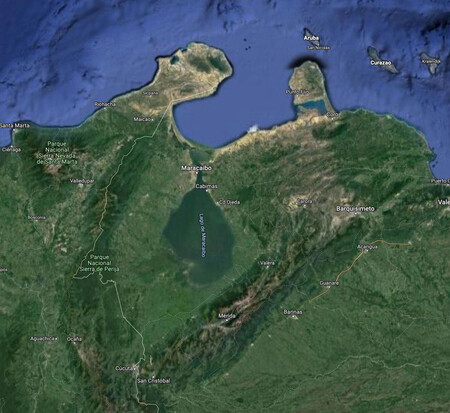 In the same place and 300 days a year

NASA collected in EarthData the information from various investigations on the Catatumbo lightning. As has been seen, the phenomenon occurs between 260 and 300 days a year, with up to 250 lightning strikes per km² (for which they gave it a Guinness World Record, by the way). Ángel G. Muñoz, a research physicist at NOAA (National Oceanic and Atmospheric Administration), highlighted that it causes a large number of deaths per year, emphasizing that 25% of the population of Venezuela lives in the area where it usually occurs.

Read Also:   How to speed up metabolism with apple and cinnamon tea

The lightning occurs a while after sunset, when it begins to get dark or when the sky is already dark, but according to the researchers, it is as if it were daytime due to the continuity of the lightning. They talk about about 28 lightning strikes per minute for nine hours over Lake Maracaibo. According to NASA, when it happens, enough energy would be generated to illuminate 100 million light bulbs and 10 minutes of lightning from Catatumbo would illuminate all of South America, being a phenomenon that has been described for centuries.

According to NASA, when it happens, enough energy would be generated to illuminate 100 million light bulbs and 10 minutes of lightning from Catatumbo would illuminate all of South America.

Muñoz and other researchers assume that Catatumbo is the record with the highest density of electrical discharges in the world with more than 200 per km² per year. With this, and taking into account that storms are part of the mechanisms that generate atmospheric ozone, the Catatumbo lightning is also called “the ozone factory”.

Of course, it is considered that the ozone that forms in storms stays in lower layers and does not reach the stratosphere, so it is unlikely that, as Venezuelan environmentalist Erik Quiroga believes, the Catatumbo lightning will help regenerate the leaky ozone layer that protects us from the sun’s ultraviolet rays. A hypothesis that to this day still does not have research to support it. 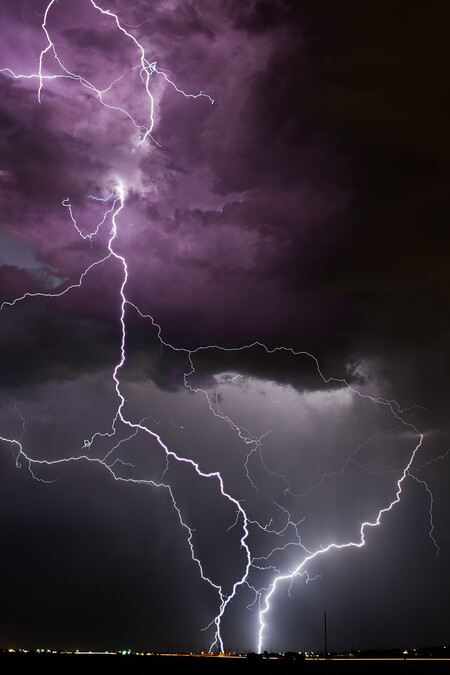 Of course, although the Catatumbo lightning has a certain consistency, its behavior is variable each year and during the same year, hence they seek to have a prediction that goes beyond a few days. Muñoz’s team, for example, seeks to obtain a prediction three months in advancewhich would be of great help for the population and for the study of the phenomenon.

Read Also:   A Venezuelan could become the first lady of Canada

Storm study models require an enormous amount of data over many years and satellites are once again a key tool to provide them, as we have seen for the study of temperature changes, that of our planet’s magnetic field or even bioluminescence, among many other examples. The hope is that these increasingly better data will be useful to complete the multiple variables that the models require and that in the end one will be found that will serve to predict the phenomenon more in advance.