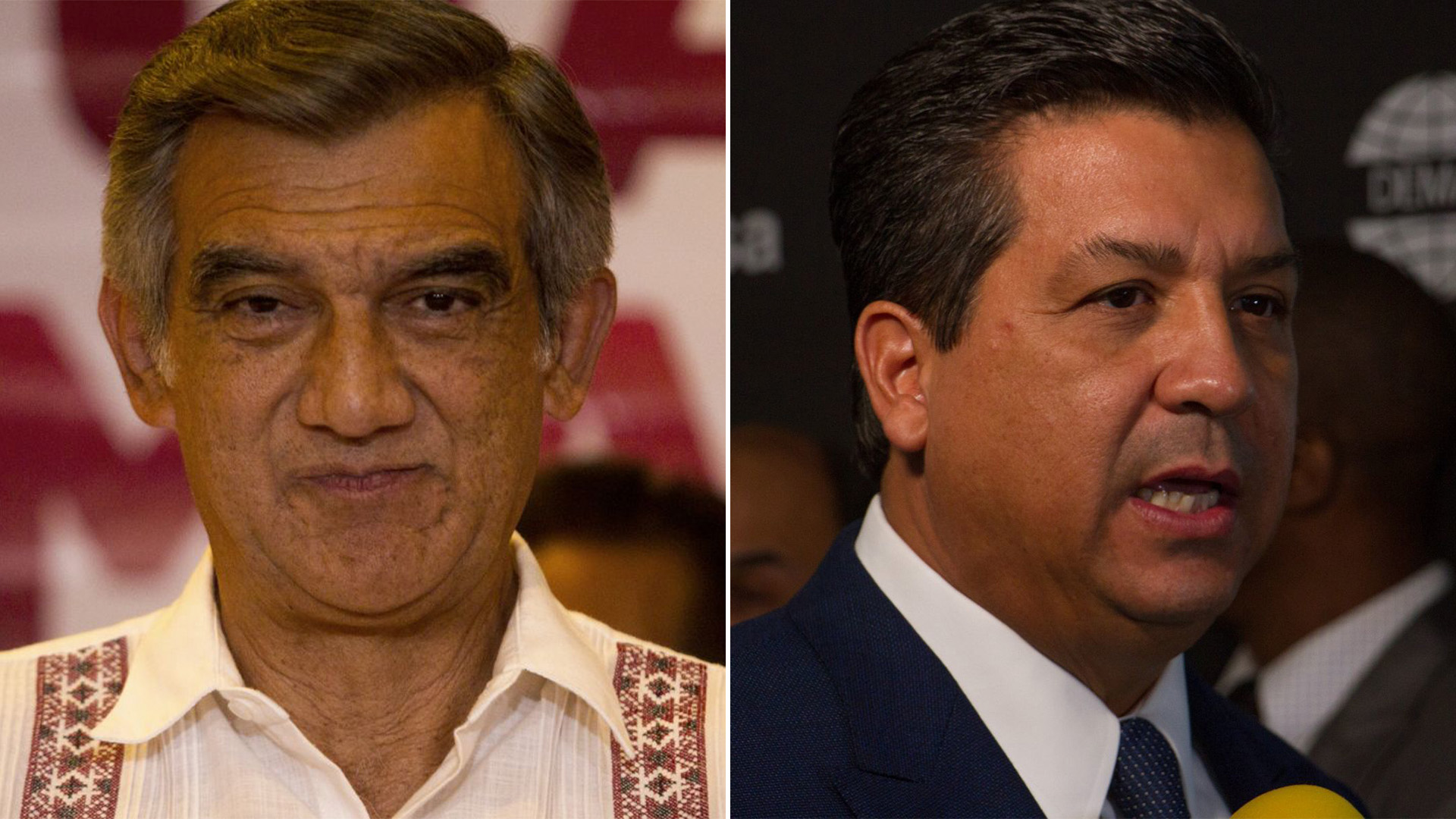 The elected governor of Tamaulipas, Americo Villarreal Anaya, reported that he could be arrested in the next few hours for at least eight arrest warrants against him, as well as other members of his team.

At a press conference, he commented: “A few moments ago, we received information that Francisco Javier Garcia Cabeza de Vacamet with a judge who unfortunately seems to have lent himself to a dirty and reprehensible game, to process and release eight arrest warrants against elected officials, party members and apparently against me.”

pointed to the judge Michael Moreno Castillowho was assigned to Altamira but was removed to Ciudad Victoria to issue arrest warrants against the Municipal President of Ciudad Victoria, Eduardo Gattás Báez, the brother of the Municipal President of Nuevo Laredo, Carlos Canturosas, and the State Leader of the Green Party, Manuel Muñoz, among others, according to Villarreal.

He also described the incident as “a shameful and sinister plan that seeks to impose measures of judicial terror to break social peace and unsuccessfully try to get the Fourth Transformation to arrive in Tamaulipas on October 1.” 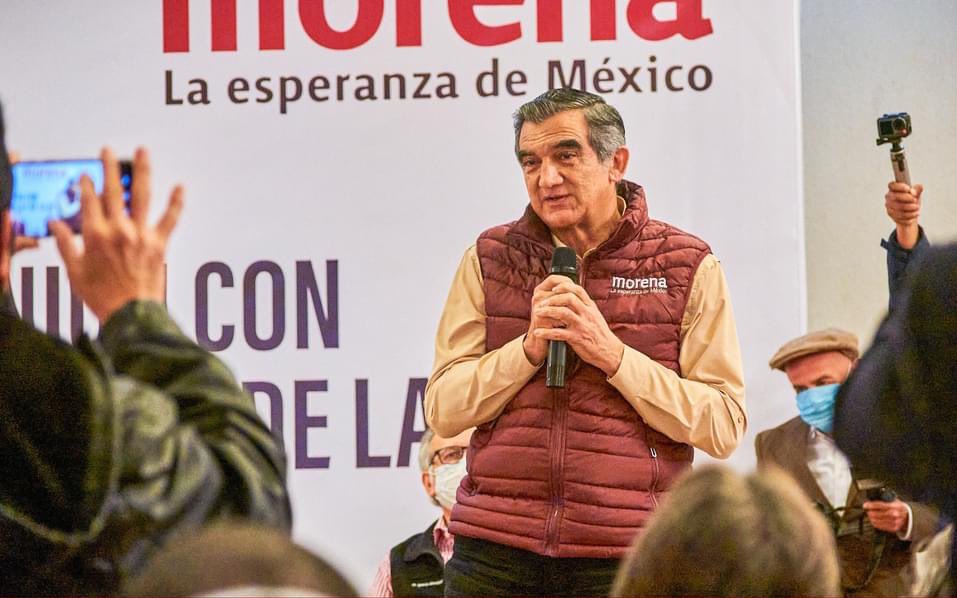 Américo Villarreal could be arrested in the next few hours (Photo: Twitter/@Dr_AVillareal)

And it is that this measure is given to only 10 days from the inauguration as governorat the exit of Francisco Javier García Cabeza de Vaca.

“This measure is unacceptable. And we will not allow it. Despite this situation, I want to send you a very clear and forceful message: we we are willing to face them in any scenariobecause people know us, they know who we are and they also know that we are not the same”, he pointed out.

Read Also:   They find 8 bodies wrapped in blankets in Zacatecas

“We are not afraid, and we are not going to rest until we give Tamaulipas the government it deserves. Neither you nor anyone else is going to be able to stop the transformation of change, of the future and of the hope for which the people voted”, he expressed.

Likewise, he highlighted the support he has received from President Andrés Manuel López Obrador and affirmed that he had the support of the Secretary of the Interior, Adán Augusto López Hernández, and of all the militancy of the National Regeneration Movement (Morena). 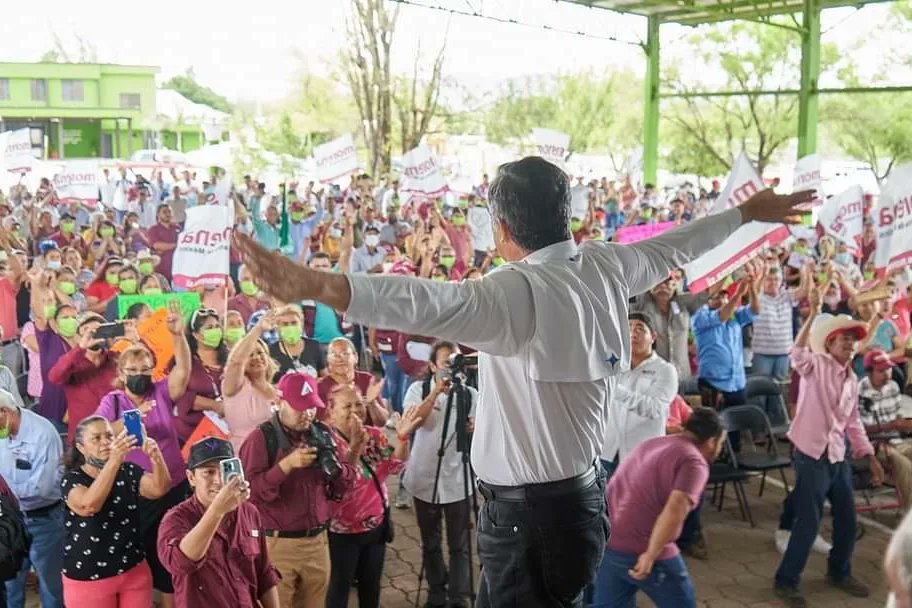 He accused that the orders against him were “as a result of the journalistic dissemination events that were being carried out”, since Villarreal was accused of alleged illicit financing by drug traffickers.

was the journalist Héctor de Mauleón who published a column in which he accused a possible link between Morena and the Northwest Cartel (CND), a group that would have financed the electoral campaign of Américo Villarreal. The signaling was supported by a document sent by Ken Salazar, United States ambassador to the North American country, which Salazar denied.

According to the journalist’s column, in said records the officials belonging to the icing party would have met with Gerardo Teodoro Vazquez Barrera, presumed financial operator of the CDN. The meeting took place in a restaurant in the south of Mexico City, before Vázquez, also known as The Gerry, disappeared last March.

The right does not run out of imagination to lie against the project of the #4Teven confidential “wires” invent, of course, FALSE.
We met with the US ambassador to Mexico, Ken Salazar, and confirmed the falsity of these leaks.
We will take action. pic.twitter.com/iNQnFA7K42

Villarreal was not the only one pointed out for the links with the criminal group, since it was also indicated that Senator Jose Narro Cespedes he met with The Gerry. In that sense, Narro Céspedes came out in his defense and commented through his Twitter account:

Read Also:   Miguel Ángel Félix Gallardo: what are the 22 diseases that could get him out of jail

“The lies of Cabeza de Vaca and Mauleón are falling to pieces. They are desperate because they ran out of the piggy they made in Tamaulipas and they know that justice is coming for them.”

Ayotzinapa case: judge acquitted 24 defendants, so far more than 120 have been released
The tense discussion between Monreal and the opposition that opened the Army debate in the Senate: “They don’t have the votes”
Morena reversed the reform of the National Guard, will seek agreement from the majority