With the presence of Miguel Díaz-Canel Bermúdez, First Secretary of the Central Committee of the Communist Party of Cuba (PCC) and President of the Republic, the National Directorate of the Committees for the Defense of the Revolution (CDR) celebrates this Wednesday, in Havana , the act of decorations in salute to the 62nd anniversary of the cederista organization.

The ceremony, in the El Laguito Protocol Hall, recognizes the work of outstanding members and groups in the fulfillment of their tasks, with relevant revolutionary trajectory and loyalty to the Homeland. 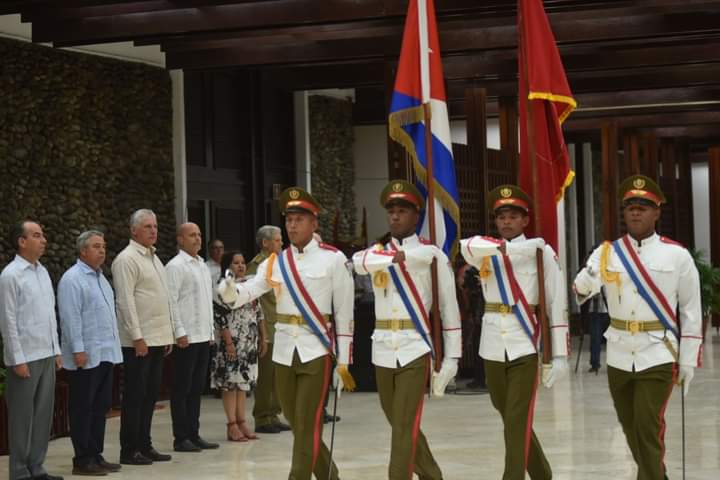 The CDRs emerged on September 28, 1960 at the initiative of Commander in Chief Fidel Castro Ruz, as a mass organization aimed at mobilizing the people around the defense of the Revolution and the conquests of socialism.

They bring together the vast majority of the population over 14 years of age and wish to work for the benefit of the community, and have structures throughout the national territory, both in rural and urban areas.

The cederista nuclei are formed based on the place of residence and actively participate in supporting the activities and social programs developed in the area. (ACN)

Read Also:   Did you ignore the selection? Ruidíaz made a striking publication, despite being called by Reynoso