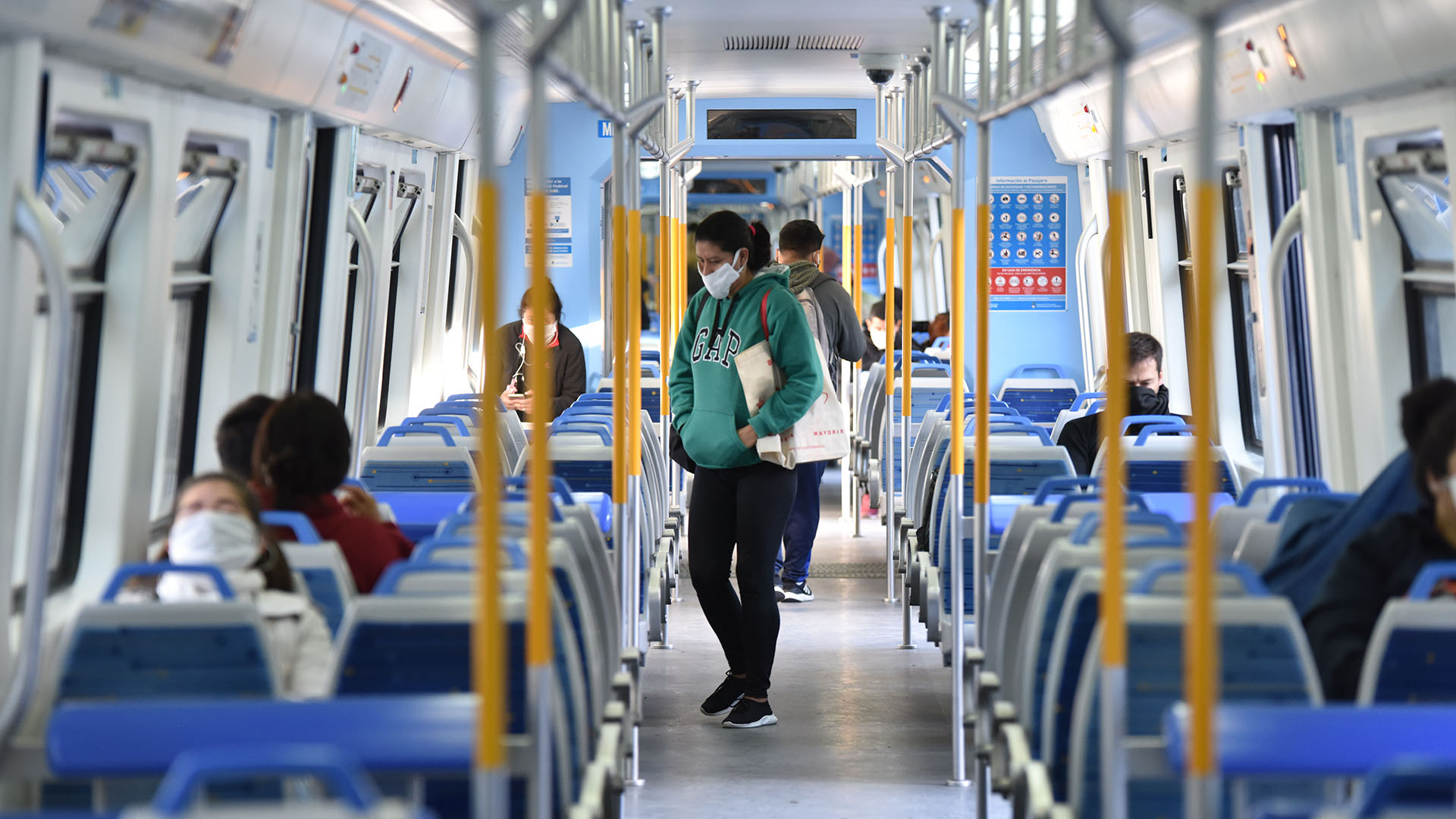 As of today, the mandatory nature of the use of the chinstrap is eliminated as a preventive measure in the general population in Argentina (Franco Fafasuli)

As of today, the National Government ordered the end of the use of the chinstrap or mask in public transport and closed spaces. “From resolution number 1849/2022 of the Ministry of Health of the Nation published today in the Official Gazette, the mandatory nature of the use of the chinstrap as a preventive measure in the general population is eliminated, based on the high rates of vaccination coverage against COVID-19 achieved in the population and the current health and epidemiological scenario”, they highlighted from the health portfolio led by the Minister of Health, Carla Vizzotti.

The text clarifies that “the regulations indicate that each jurisdictional authority may also adapt the necessary recommendations for the prevention depending on the provincial epidemiological situation and the planned health strategy.

Infobae consulted a leading group of infectologists who have closely followed the current coronavirus pandemic since its inception. the doctor Louis Camera, Government adviser at the beginning of the health crisis told Infobae: “It is logical that we reach this situation of the end of the mandatory use of the chinstrap. In the West, 90% of the population has already been infected by the virus. There would be 10% or 15% left to infect. And in addition, many of us are already vaccinated, with which we have a concept of hybrid immunity, similar to what herd immunity would be.” 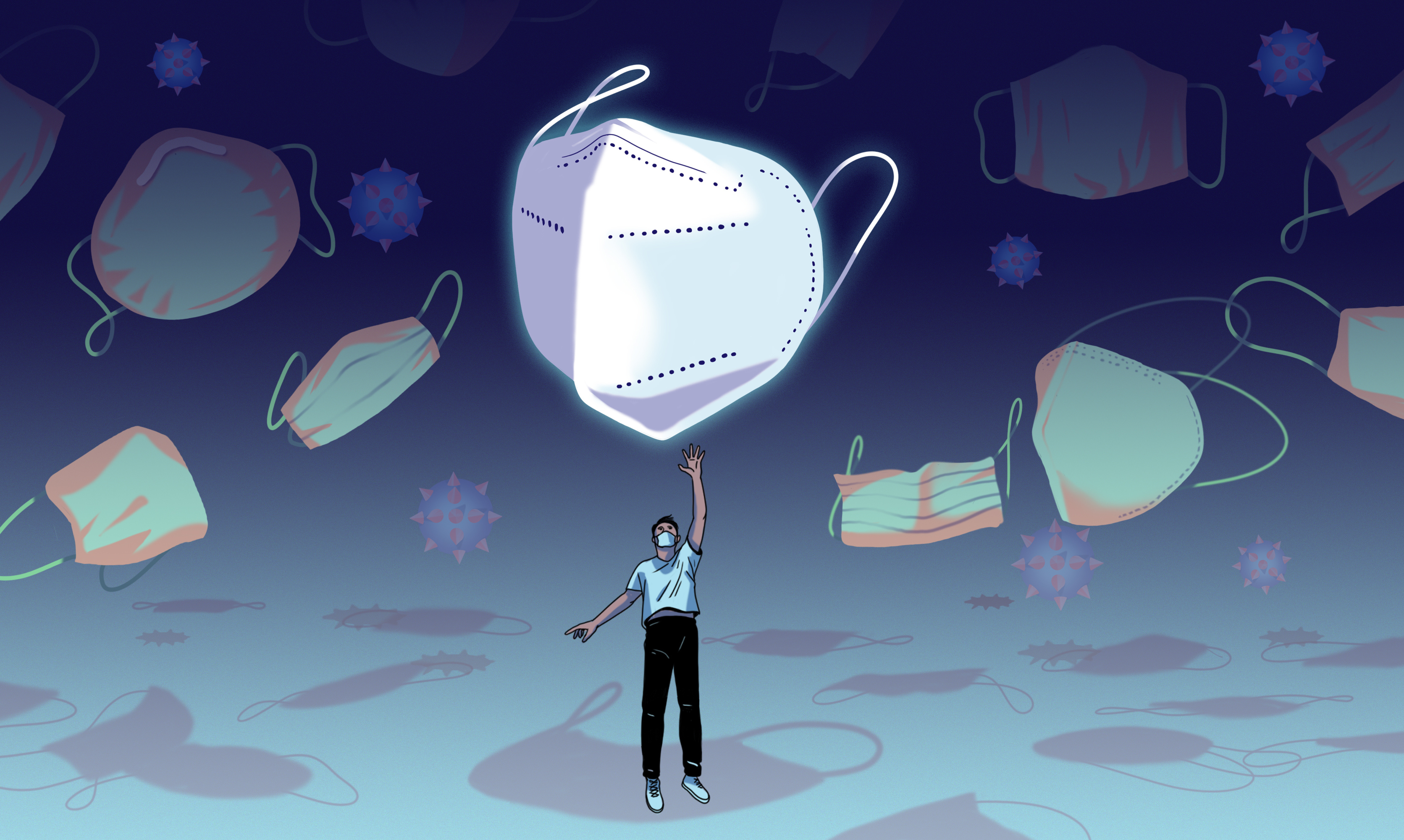 “The pandemic is still there, but the pandemic mode is long gone. In health environments, the chinstrap should continue to be used. And those who have not applied the third dose, the same. We are entering an endemic phase of the disease and it is not known how long it will last, although I think the virus will be around for quite some time. It would be necessary to start thinking about the supply of vaccines for next year. The new subvariants BA.2, BA.4, BA.5 and BA.2.75 of Ómicron have the ability to evade vaccines a little. So there is the possibility of a specific vaccination plan against these subvariants, taking into account that the bivalent Pfizer and Moderna vaccines for these strains have already been released. We must modify the vaccines, as is done with the flu, taking into account the variants that are circulating”, highlighted Cámera.

Myrna Biglione, researcher at the Institute for Biomedical Research on Retroviruses and AIDS, which depends on the University of Buenos Aires and CONICET, and a member of the Argentine Association of Allergy and Clinical Immunology, told Infobae: “The end of the mandatory mask in closed spaces and public transport was a step that we had to take at some point. In some countries, for example in Europe, this has already been the case for some time. This is based on the fact that the efficacy of vaccines has been demonstrated and that we have a population in which most people have booster doses. This is not to say that there isn’t a need for some people to wear a mask indoors.” 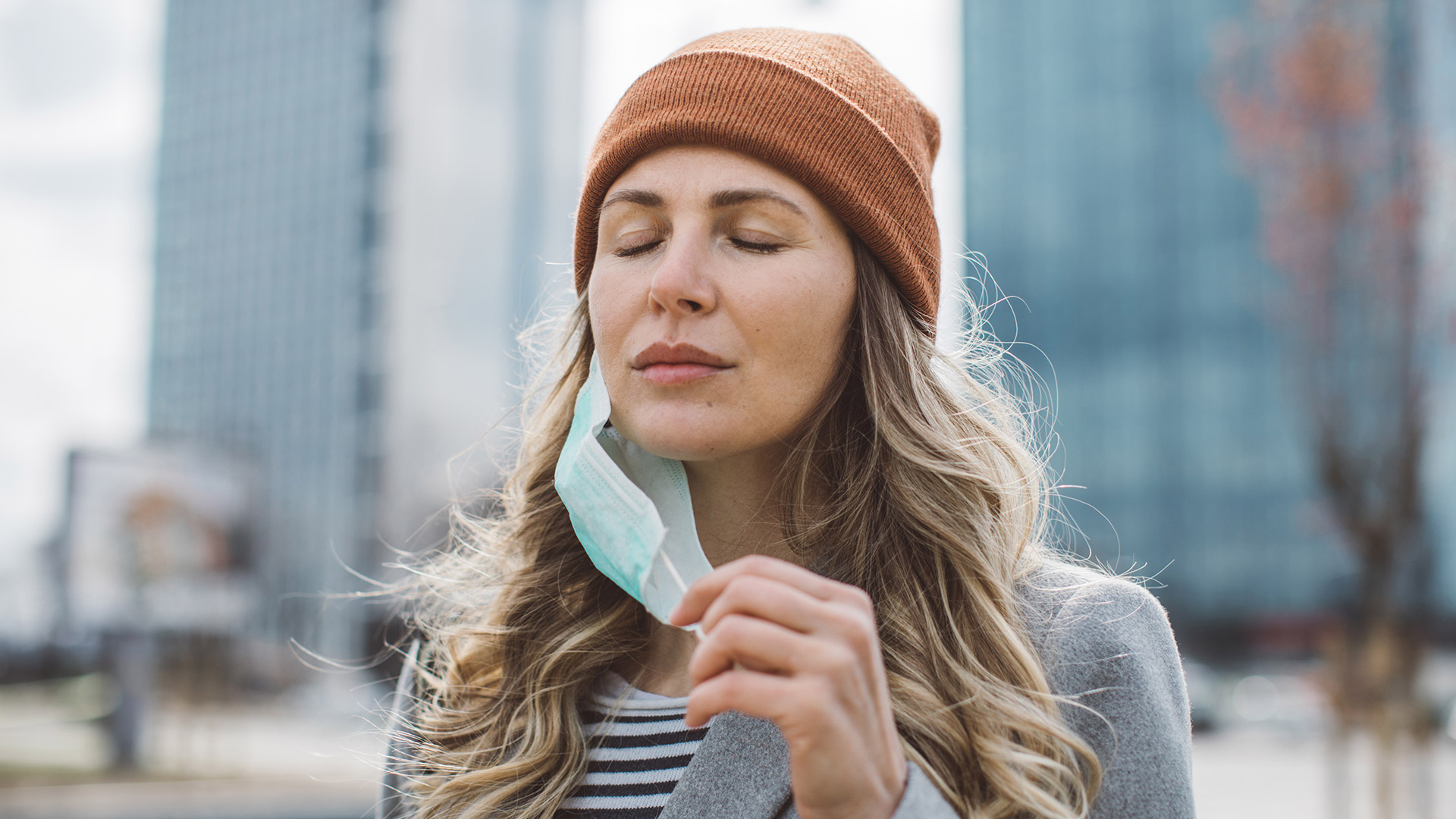 “The pandemic is still there, but the pandemic mode is long gone,” said Cámera

“On the one hand we have to call the responsibility and solidarity towards the other and not only take into account the coronavirus, but also take into account other upper respiratory tract infections, respiratory viruses that are circulating more frequently today. Consider the flu virus, for which we also have vaccines and then, if a person has flu symptoms in a closed space, they should use a mask to care for the rest, “said the specialist.

He added that “on the other hand, we have to consider that there were people who could not receive the booster doses, or who are immunocompromised who are under certain immunosuppression drugs for a transplant. They are people at higher risk and therefore must continue to take care of themselves by wearing a mask in closed spaces or in transport, for their own care. Each doctor will see the care of his patient to recommend the use or not. 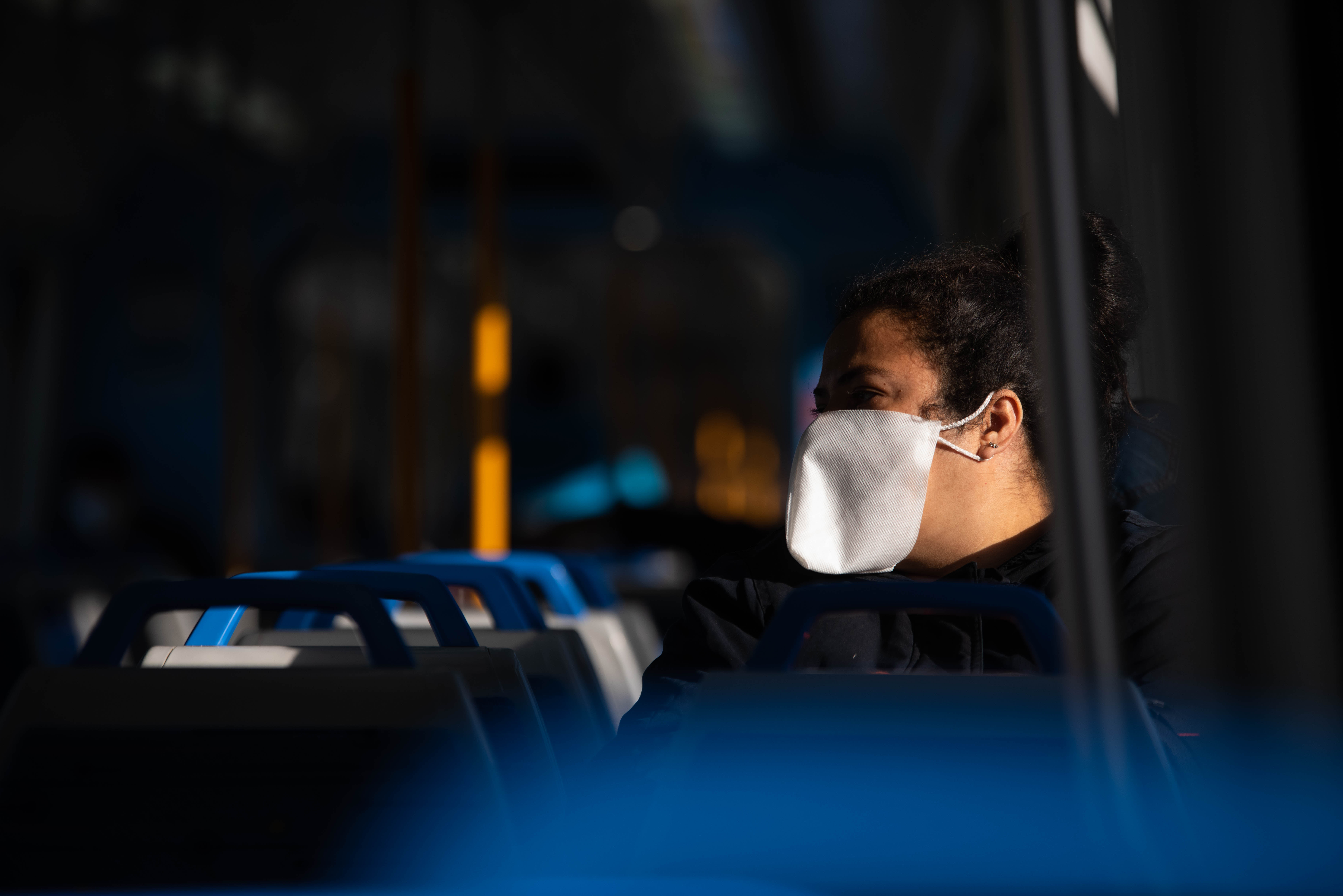 The end of the mandatory mask in closed spaces and public transport was a step that would come over time, experts say

And he concluded: “We must also consider that although we know that the different vaccines and heterologous schemes cause a very good immune response, not only with antibodies, but with cells as well, there are still studies evaluating how long these responses last and how the need to apply reinforcements will be over time. We have to consider that not everything is over yet. There is still a need to collect knowledge and carry out ongoing studies that allow us to define how the pandemic continues.”

“Although the standard mentions that its use is no longer mandatory, continues to recommend using it in closed areas, making clear the importance of maintaining this preventive measure to reduce the transmission of the virus and infections. What will surely happen in practice is that the majority of those who do not present risk factors due to age or comorbidities will definitively stop using them and many of those who are part of these groups continue to use them in closed settings”, he specified. Infobae the doctor Paul Elmasianinfectious disease doctor at Stamboulian Health Services.

The doctor Isabel Casetti, Medical Director of Helios Salud affirmed to Infobae that despite this new resolution, the government continues to recommend the use of a chinstrap. “We have to maintain its use in closed places and in institutions where there is contact with patients. Remember that the coronavirus is not seasonal. And the use of the chinstrap will also prevent infections of other diseases. For me, it has to be kept until December, the date on which its use must be reassessed, ”he remarked. 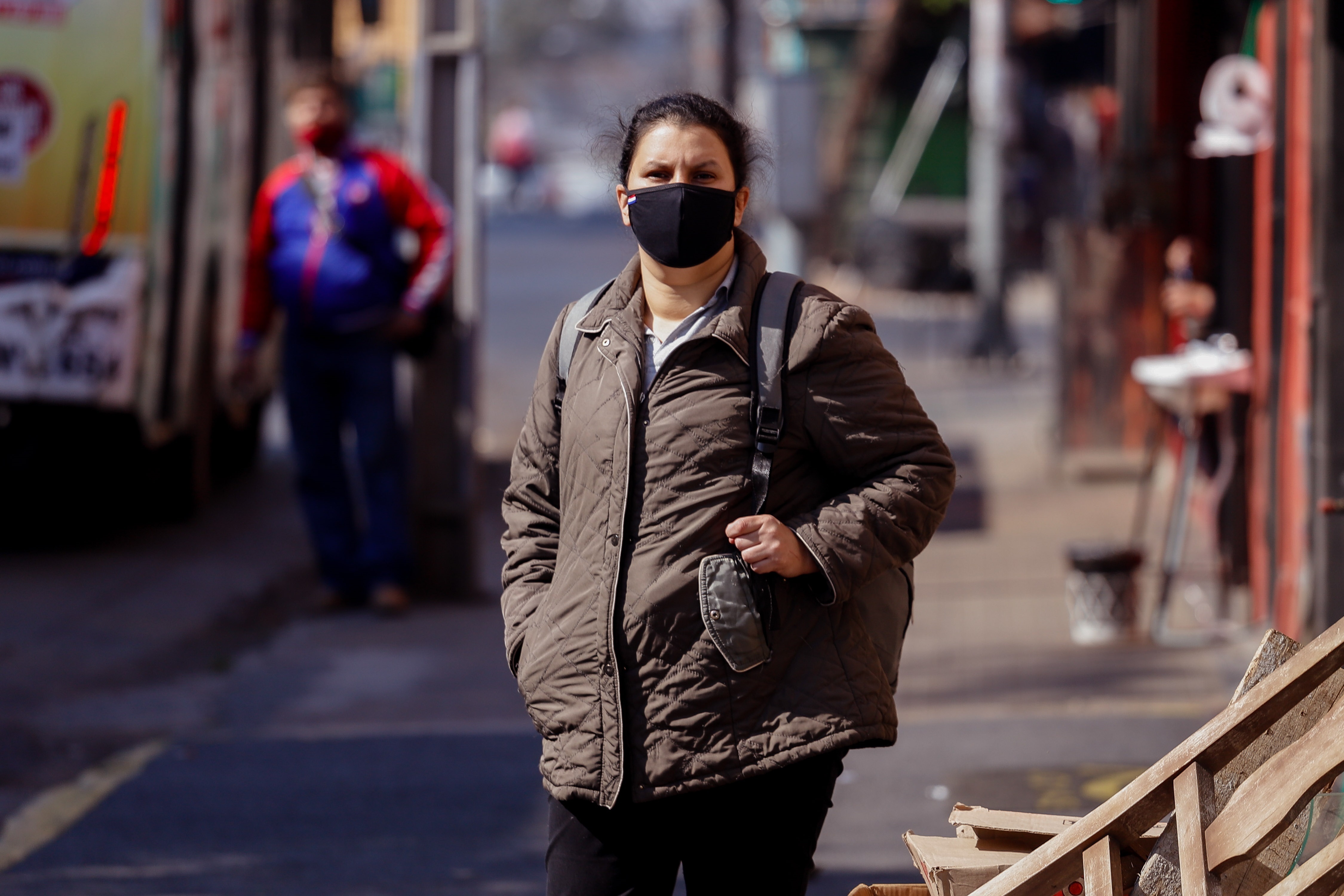 The recommendation is to continue using it, although now it is not mandatory (EFE/Nathalia Aguilar/Archive)

the infectologist Ricardo Teijeiro, held to Infobae that “all this depends on viral circulation. Those who come to hospitals today, almost all test negative. It is unnecessary to continue with preventive measures in something that is no longer at risk, because otherwise we would have to live with preventive measures for pathologies that do not exist. For now it’s fine, but we have to see how this goes.”

Read Also:   Protests in Iran: tension grows after the death of a young woman detained for not wearing the veil correctly

“I don’t think it’s bad that it’s no longer mandatory. I think people have learned a lot from the pandemic. And if you get on a crowded bus in winter, you will surely put on your mask. In hospitals I am more conservative regarding the use of a chinstrap. There, most of the people who pass through them are sick and various respiratory diseases can circulate. We also have immunosuppressed people in their corridors. These people can choose not to get on a bus, or not to eat at a closed restaurant, but they cannot stop going to the hospital. For this reason, in these places it is necessary to maintain its use, ”he indicated to Infobae the head of Internal Medicine of the German Hospital, Christina Freuler.

for the doctor Gabriela Piovano, infectious disease doctor at the Muñiz Hospital, “in Argentina, the great vaccination campaign that was carried out, the measures that were taken and the turns in the circulation of the virus, especially of Ómicron, have conferred the immunity that we needed to get away from the collapse of the health system ”. 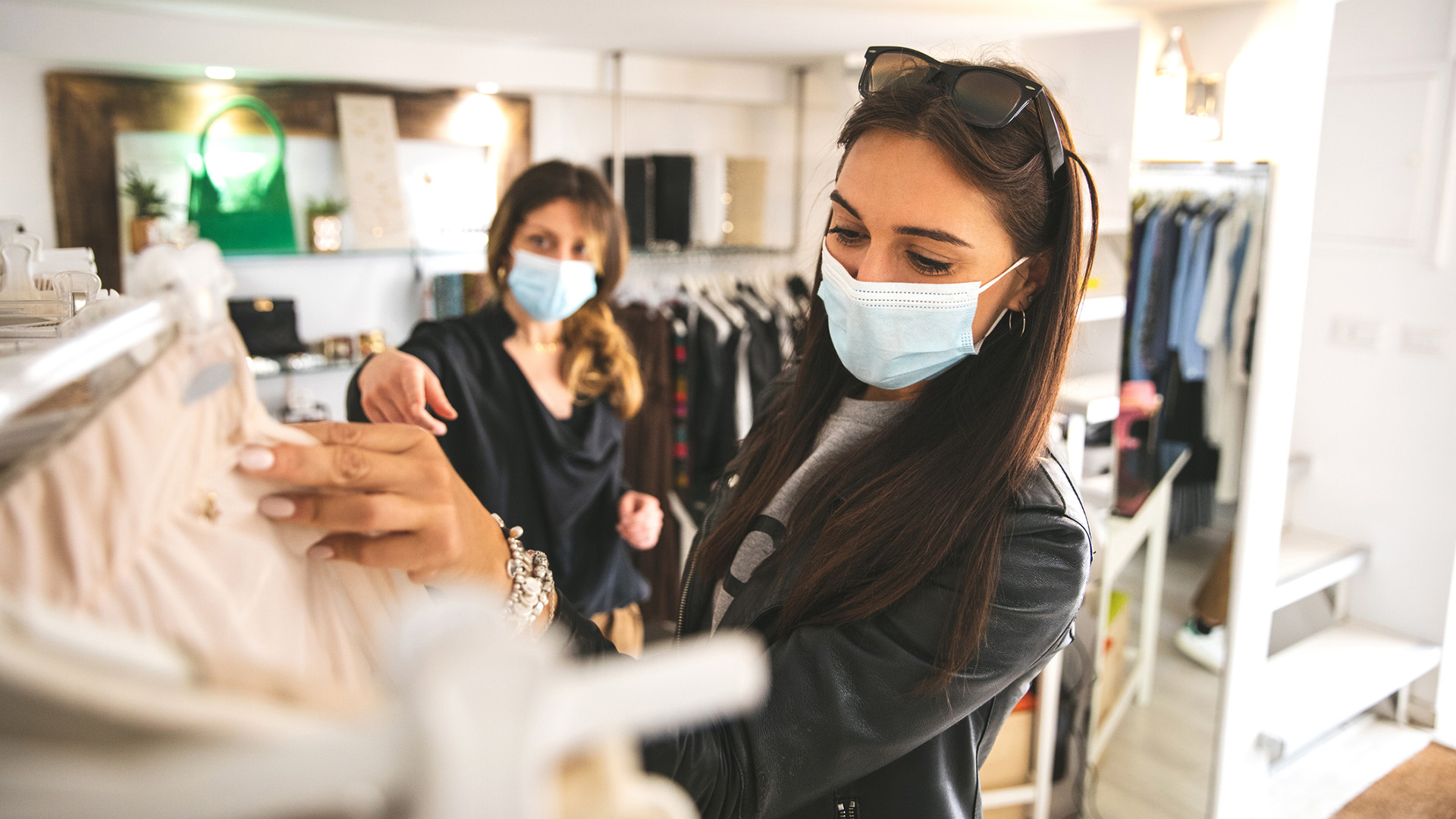 In closed and poorly ventilated spaces, the use of a chinstrap is recommended.

“These contagions served so that people at risk and without risk, but who could be seriously infected, no longer have that risk. The mandatory nature of the chinstrap makes it unnecessary. Of course, the virus continues to circulate along with others of respiratory transmission and It would be good to maintain the use of the chinstrap in people with respiratory symptoms to reduce the infection they have. It is a custom that should be maintained, such as frequent hand washing, social distance, coughing in the elbow crease, permanent ventilation. Also focus on people with respiratory infections should not go to work and isolate themselves. Respiratory transmitted infections that are not viral only. There are bacterial and microplasma. Those infections decrease a lot when you wear a mask, ”he explained to Infobae.

Read Also:   Attack on Cristina Kirchner: they arrested Gabriel Carrizo, the leader of "the gang of copitos"

The reasons given by the Government to decree the end of the mandatory use of the chinstrap was that currently in our country there is evidence of a period of sustained decline in cases within a new stage of the pandemic. The same trend is present at the global and regional levels, where a decrease in the number of cases has been observed for more than 5 weeks, also accompanied by a decrease in hospitalizations and mortality.

“The measure is also based on the stable trend of occupation of intensive care beds by COVID-19 and that the number of patients in Intensive Care Units (ICU) reported by the jurisdictions reflects a continuous decline in the last 4 weeks. Meanwhile, in national hospitals it is 5% in pediatric patients and 1% in adults in the last week. Added to this is also a lower impact on mortality, with a sustained downward trend in the number of deaths recorded in the last 5 months. In this sense, the effectiveness of vaccines, mainly in vulnerable populations, has proven to be very high in preventing serious illness and mortality, regardless of the circulating variant,” the Ministry of Health said in a statement. 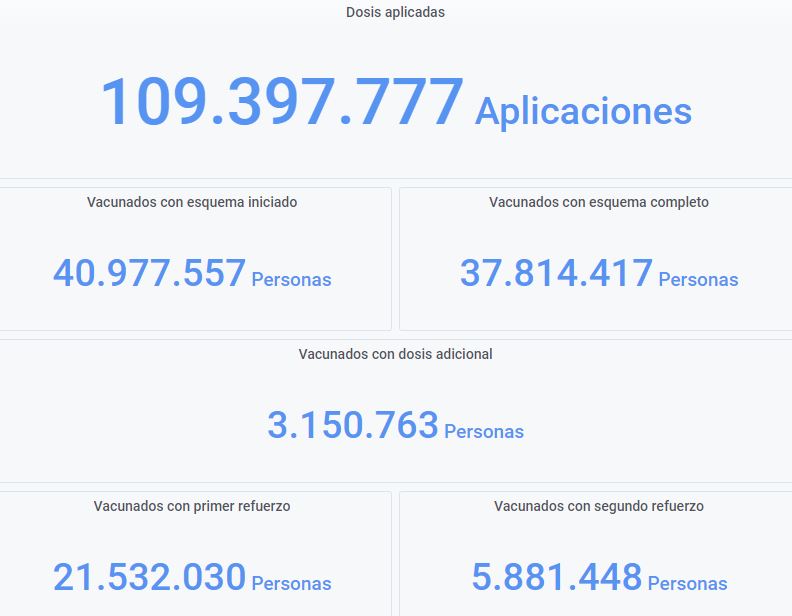 Public vaccination monitor as of 9/21/22 in Argentina

“Another factor that was considered to eliminate the mandatory use of the chinstrap is the high vaccination coverage in age groups at higher risk of severe disease. In addition, our country has started early with the vaccination of people under 18 years of age, including all girls and boys from 6 months of age in the target group. From the start of the national campaign until last September 6, vaccination against COVID-19 reached a coverage of 82.5% in the general population and 81.7% in those older than 3 years. In addition, 46.7% of the general population and 73.5% of those over 60 years of age have their first booster,” the report added.

Anyway, The national health portfolio supports the recommendations for care during times of high circulation of both SARS-CoV-2 and other respiratory viruses, such as ensuring the ventilation of environments; maintain frequent hand hygiene; use the mask properly in closed spaces, including work, educational, social settings and public transport; and in the presence of symptoms, avoid contact with other people and attendance at work, social or educational activities.

Transport and closed spaces: the Government ordered the end of the use of the chinstrap
Subvariants of Ómicron BA.4 and BA.5: the WHO explained if they are more serious or more transmissible than the previous ones
Chinstraps in closed spaces: yes or no? Experts debate the flexibility of its use