The price of housing loses strength after flirting with the highs of the housing bubble. At least in some territories. The appraised value of the free home is barely rose 0.4% between the first quarter and the second. Compared to the second quarter of 2021, yes, the price rose 5.5% between April and June, according to data published yesterday by the Ministry of Transport, Mobility and Urban Agenda.

These are more moderate growths than those achieved in the first quarter of the year, when the appraised value of housing rose by 6.7% in the interannual rate and 2.4% in the interquarterly rate. At the national level, the price per square meter closed June at 1,734 euros on average, which is a similar level to those registered in 2011 and 17.5% less than the historical maximum of 2,101.4 euros per square meter achieved during the first quarter of 2008.

The data from the Ministry of Transport also reflects that new housing is at higher prices than used ones. The appraised value of real estate up to five years old rose by 2.5% in the second quarter compared to the previous quarter (by 0.4% of the total free housing mentioned above) and by 6.2% compared to the second quarter of 2021, to stand at 2,031 euros per square meter. Housing over five years old, on the other hand, reflects rates close to the average, with increases of 0.3% in the quarter-on-quarter rate and 5.6% in the inter-annual rate. In this case, prices reach 1,732 euros per square meter. 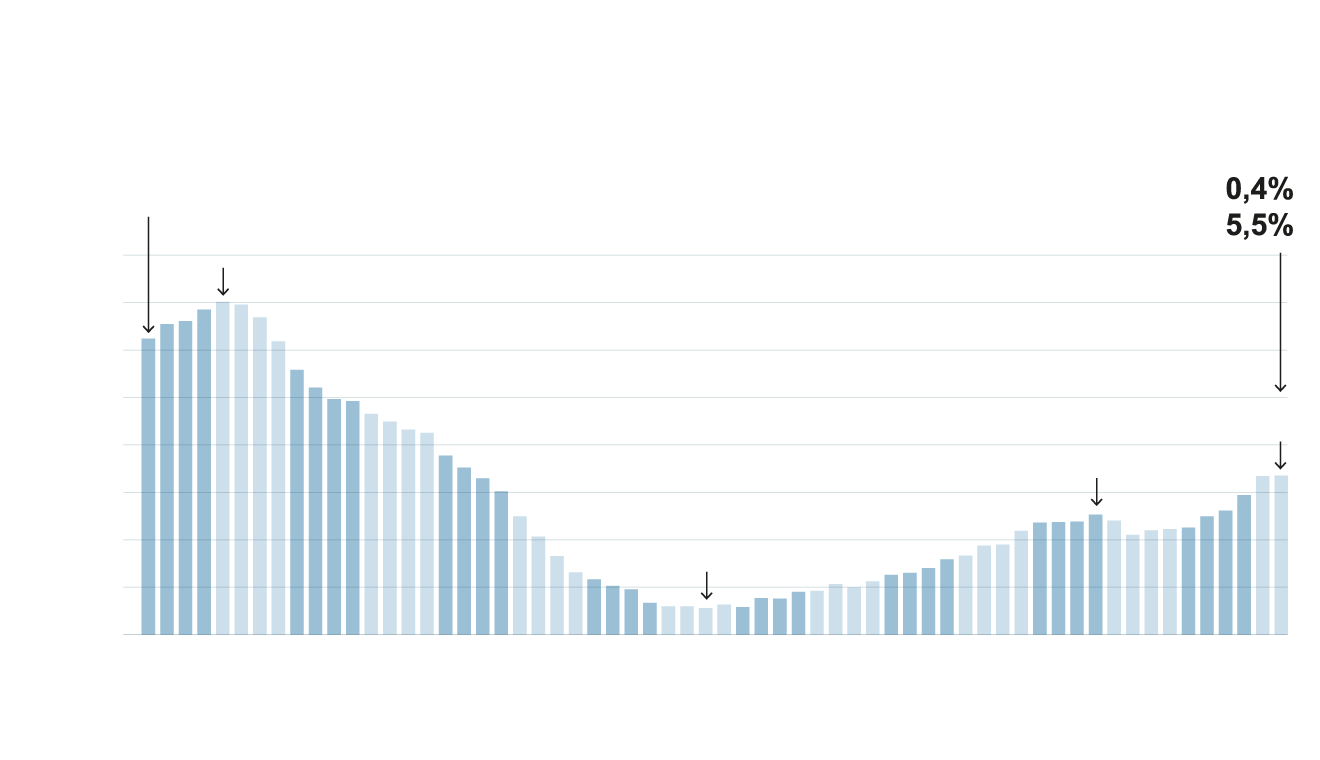 Read Also:   Panorama - RenerCycle is born with the aim of offering circular economy industrial solutions to the renewable sector

Evolution of the average appraised price of housing 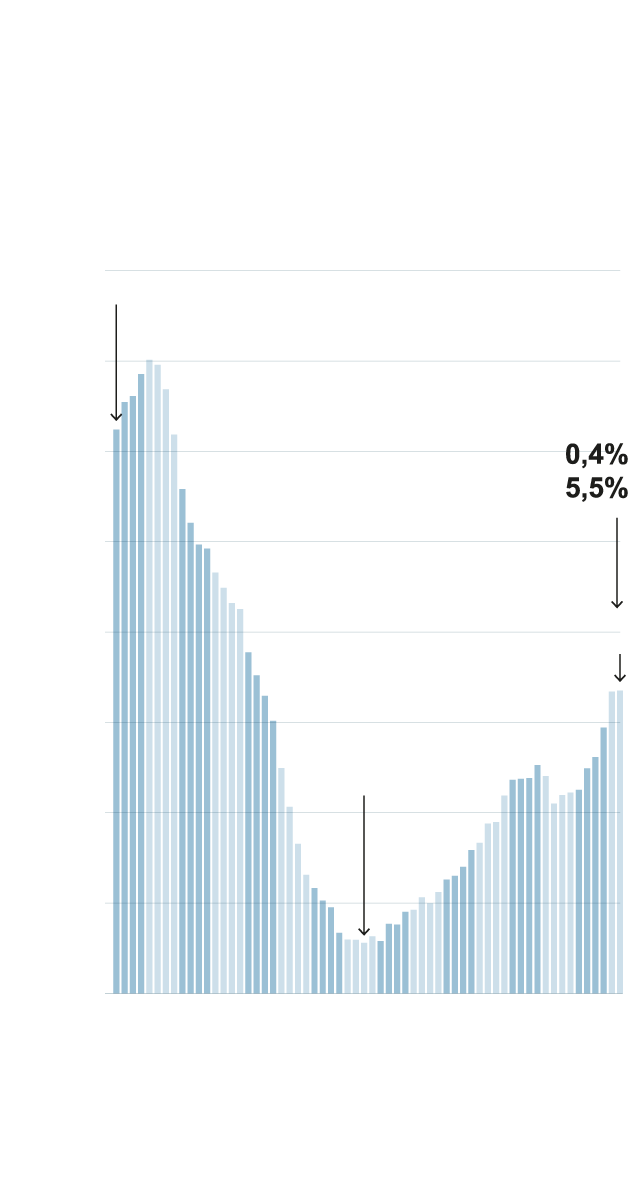 The reality is that since the outbreak of the pandemic, the price of housing has advanced at two speeds. While new flats appreciate strongly due to the new preferences of buyers – who have gone for larger and more spacious properties after confinement – used houses have shown more moderate increases. The scarcity of new construction and construction problems also suggest that this trend will increase in the coming months.

But there are not only differences between the new and used housing. There are territories in which prices have already begun to register quarter-on-quarter falls and others in which the appraised value maintains its vigor. In the first group is Barcelona, ​​where the price of housing fell by 1%, to 2,511.1 euros per square meter, between April and June compared to the previous quarter. The price in Guipúzcoa, one of the most expensive provinces in Spain, also fell, in this case by 0.8%, to 2,797 euros per square meter.

By contrast, prices in Madrid maintain their strength. In the second quarter they rose by 1.9% quarter-on-quarter. At 2,899 euros per square meter, the capital is the most expensive province in Spain by far, and is less than 5% below its all-time highs.

The coming months will be key for the market. The General Council of Official Associations of Real Estate Agents of Spain has warned that the drops will be generalized shortly. «Any owner who wants to sell must seize the moment. The demand still has purchasing power and options to access financing, “says the organization.

“We will have to follow the next statistics very closely to verify that the moderation forecasts for the second half of the year are being fulfilled, as a consequence of geopolitical instability, the planned rate increases or the current inflation that reduces the purchasing power of demand. », explained for his part yesterday the director of the study service of Pisos.com, Ferrán Font.

Meanwhile, the ECB predicts that the rise in rates may cause falls of up to 9% in the next two years in Europe. At the moment, in other countries of the Old Continent, housing prices are even more uncontrolled than in Spain.