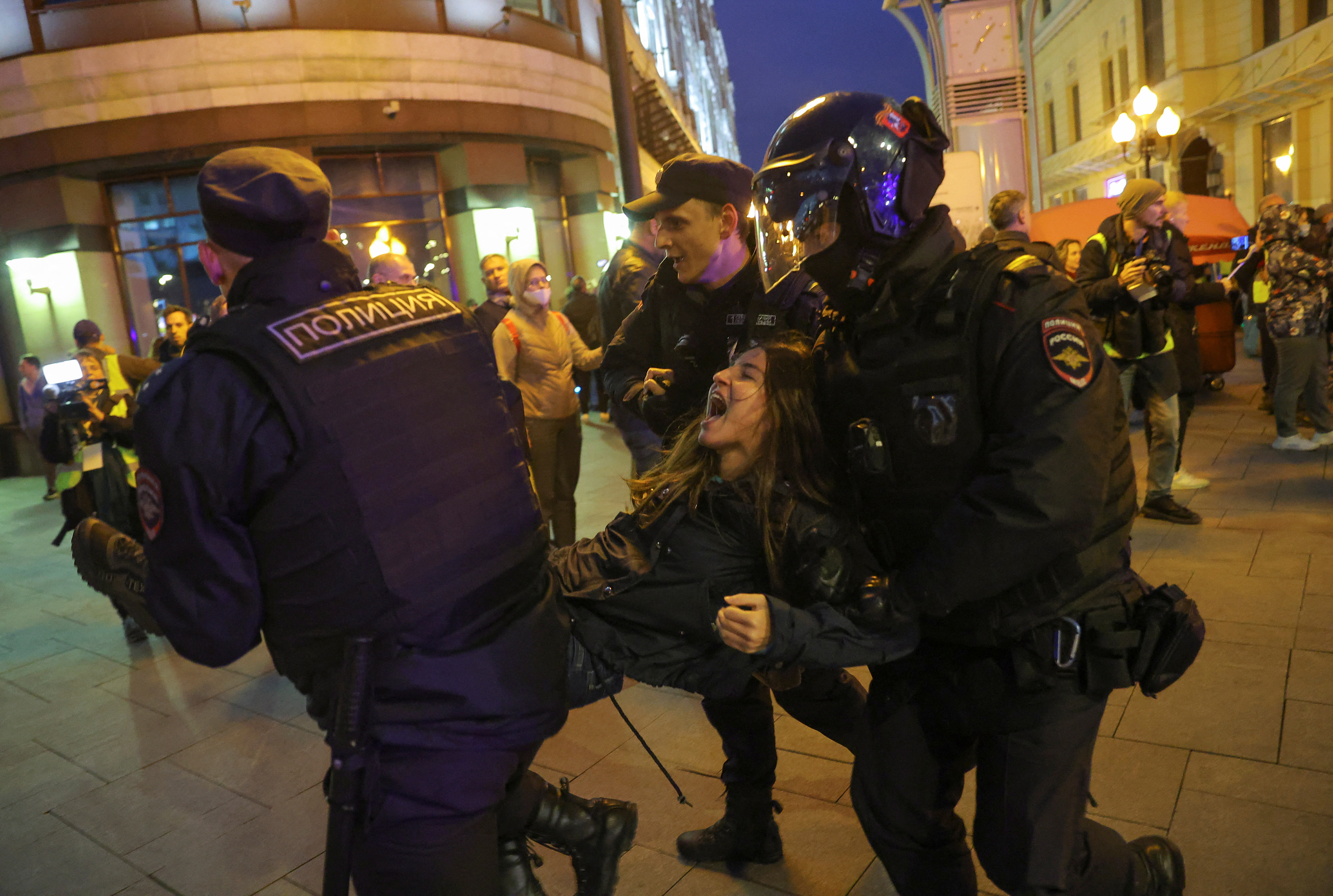 The Moscow prosecutor’s office threatened citizens who challenge the mobilization of Vladimir Putin with 15 years in prison. while more than 1,300 people were arrested for protesting in different cities of Russia.

The protests were the largest in Russia since demonstrations that erupted following the announcement of Moscow’s military intervention in Ukraine in February. There was also a rally at the Russian embassy in Warsaw, Poland.

The number of detainees was provided by the NGO OVD-Info, which at 20:00 GMT put the figure at 1,339 the exact amount so far.

In a statement cited by the agency interfacethe prosecutor’s office warned that participation in the demonstrations or the mere dissemination of the calls could constitute a crimeafter the first appeals have been published on the Internet.

The Public Ministry has stressed that these mobilizations were not coordinated with the relevant authorities, who must give permission to any action of this type. The Russian authorities do not authorize any concentration contrary to government guidelines.

“The Internet, including social networks, contains information calling for participation in public demonstrations in Moscow and the commission of other illegal acts.”, said the prosecution. “The distribution of such content, the participation in illicit activities of Internet users, including minors, is punishable, as well as participation in such actions,” he added, citing various laws, both administrative and criminal, approved in recent years and “for which a punishment is foreseen, even in the form of imprisonment of up to 15 years”. 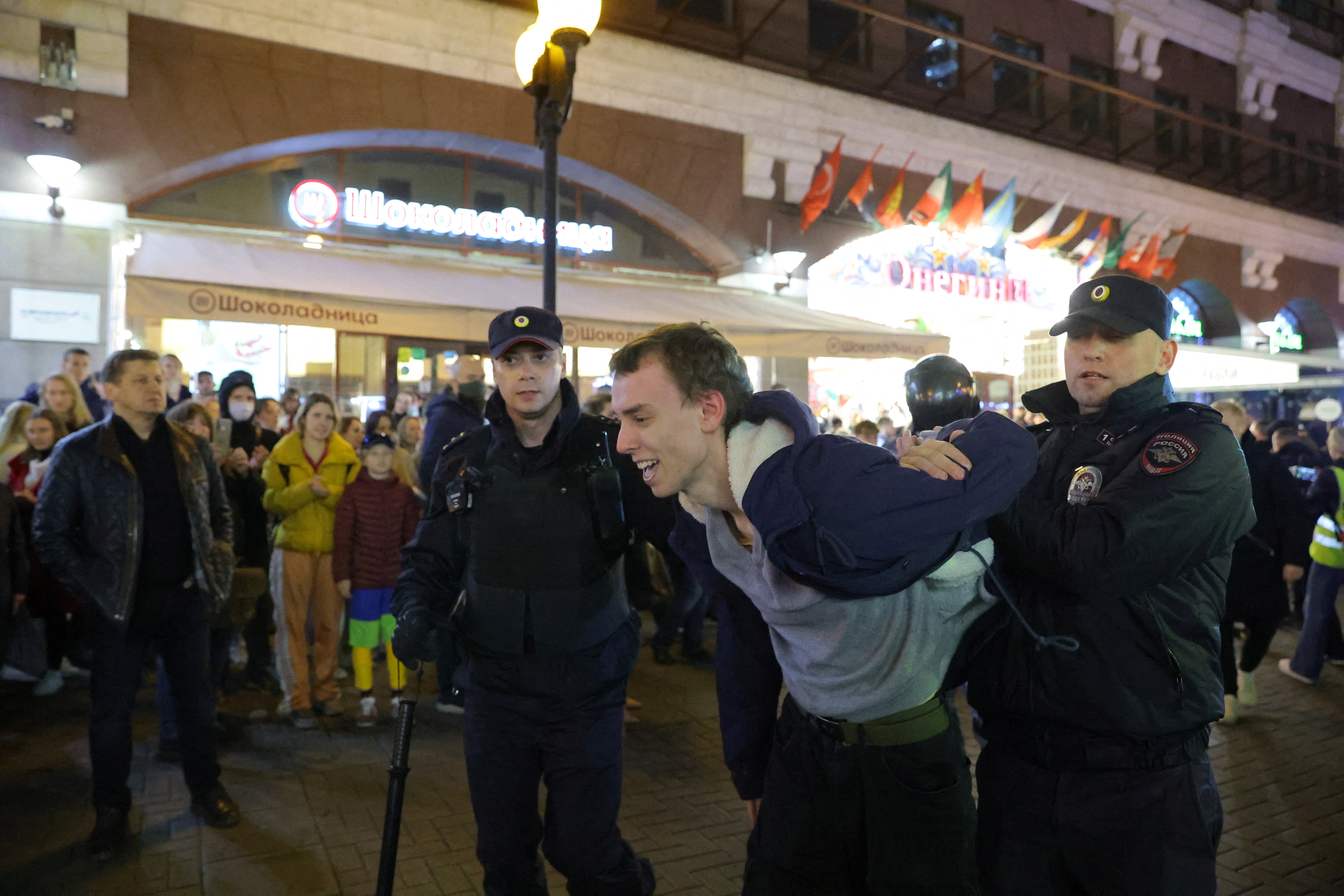 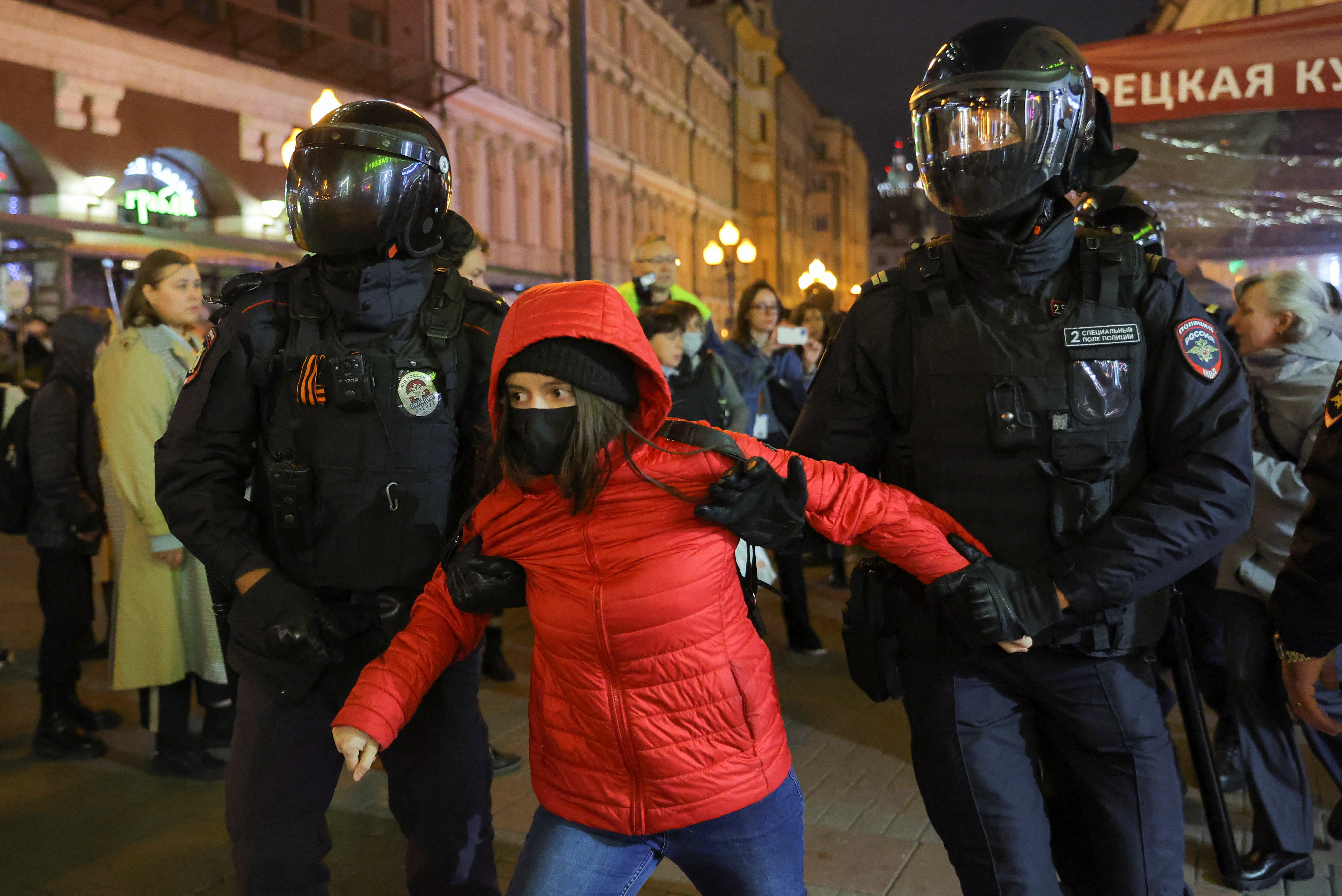 A young woman is detained by Moscow officials (2022. REUTERS/REUTERS PHOTOGRAPHER)

The warning from the Russian justice system comes after several dozen people have been detained in 38 cities of Russia for participating in protests against the partial mobilization announced this Wednesday by the president Vladimir Putin.

civil rights organization OVD-Info has already started his own account of the demonstrations and confirmed at least 44 arrests in the first hours, but the figure later rose to 350 according to agency sources Reuters.

“Why are you serving Putin, a man who has been in power for 20 years?” a young protester yelled at a policeman.

“I came to say that I am against war and mobilization,” student Oksana Sidorenko told AFP.

“Why are they deciding my future for me? I am scared for myself, for my brother,” she added. 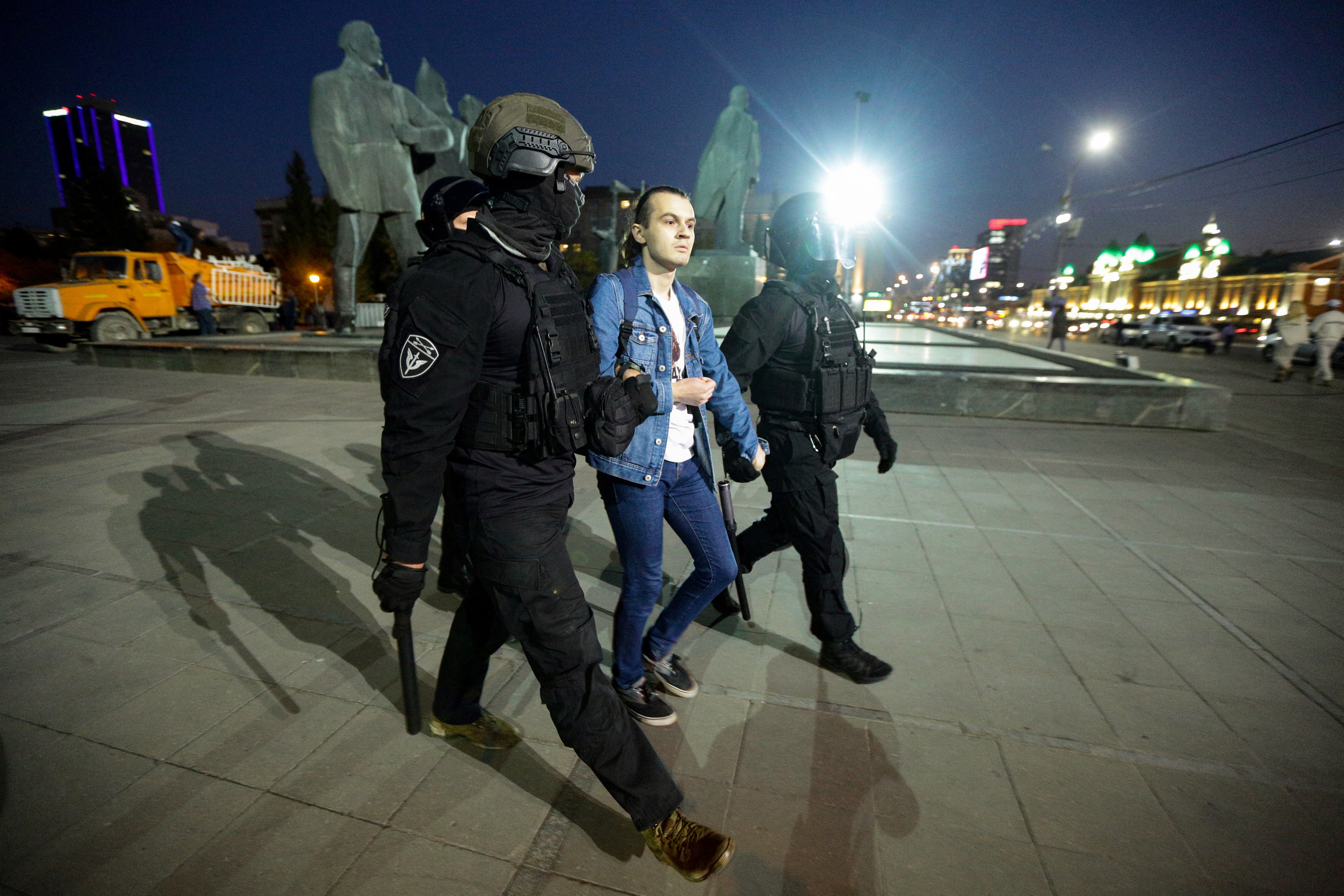 A protester arrested in Novosibirsk this Wednesday (Rostislav NETISOV / AFP)

The largest protest is scheduled for this afternoon. She was summoned by Vesná peace movement (Spring) under the motto “No to the mobilization”.

Alina Skvortsova, 20, said she hoped the Russians would soon understand the nature of the Kremlin’s offensive in neighboring Ukraine.

“As soon as they really understand, they will take to the streets, despite the fear,” he said. 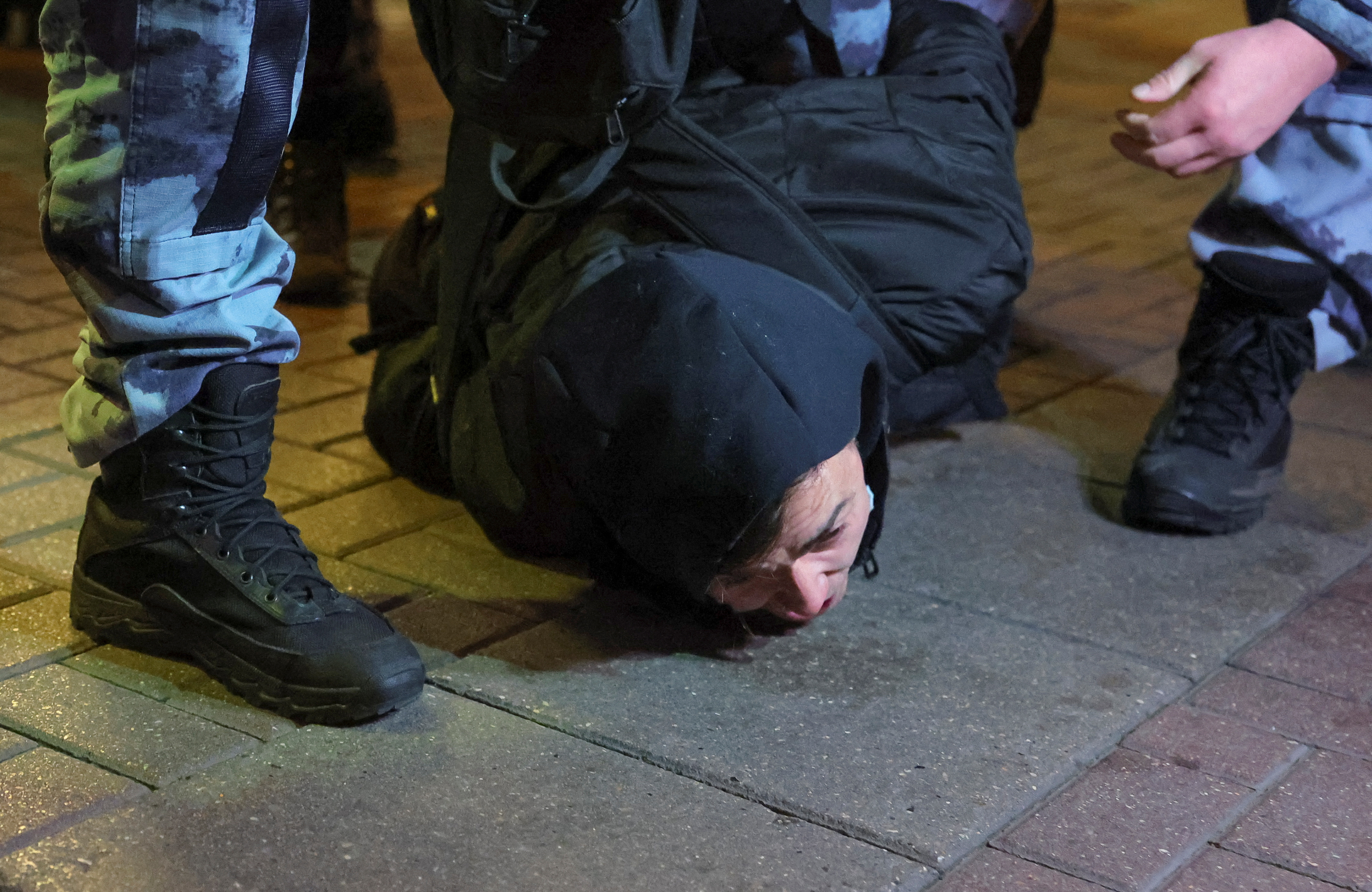 Russian citizens were called to protest at 16:00 GMT in their citiesas reported by the organization on its Telegram channel.

Vesná affirms that the partial mobilization of Putin means that “thousands of Russian men, our fathers, brothers and husbands, will be thrown into the meat grinder of war.

“I’m not afraid. I’m not afraid of anything. The most valuable thing that can be taken from us is the lives of our children. I will not give them my son’s life,” said a Muscovite who declined to give her name. When she was asked if it would help to protest, she said: “It won’t help, but it is my civic duty to express my position. No to war!” 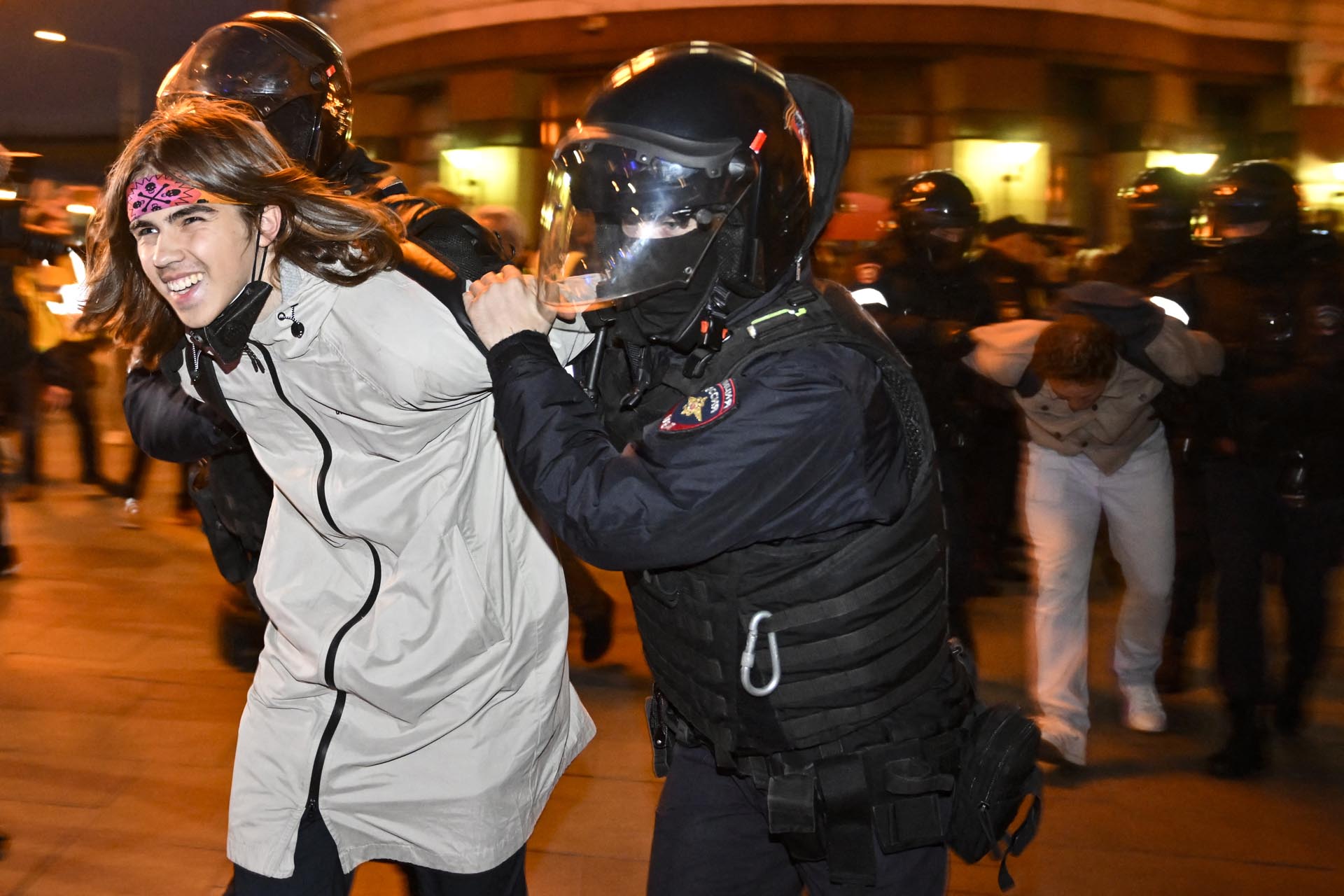 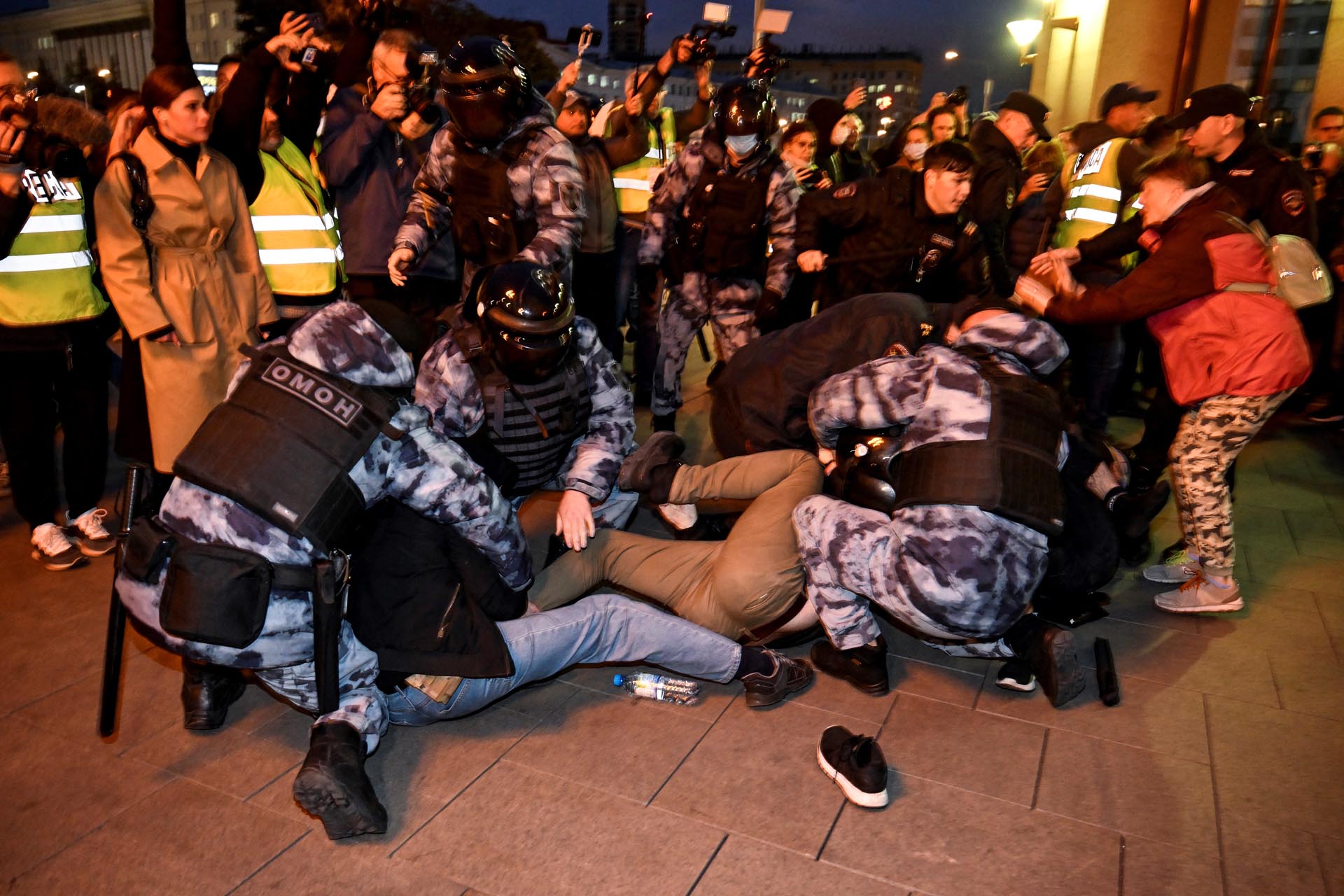 “Why will mothers and children shed tears? For Putin’s palace?asks the movement.

Read Also:   Mauricio Macri gave strong support to Martín Tetaz after they requested an academic trial against him at the University of La Plata: "We are not going to allow it"

“Now the war will truly come to every home and every family. The authorities said that only the ‘professionals’ were fighting and that they would win. It turned out that they were not winning and the prisoners began to be recruited for the front. And now the mobilization has been announced”, he indicated.

Vesna maintains that the situation is “extremely difficult”because “the war is no longer ‘out there’, but “It has come to our country, to our homes, to our relatives.”

Y the mobilized “must die to correct the mistakes of the Putin regimewhich plunged Russia into monstrous carnage, isolation and poverty,” he added. 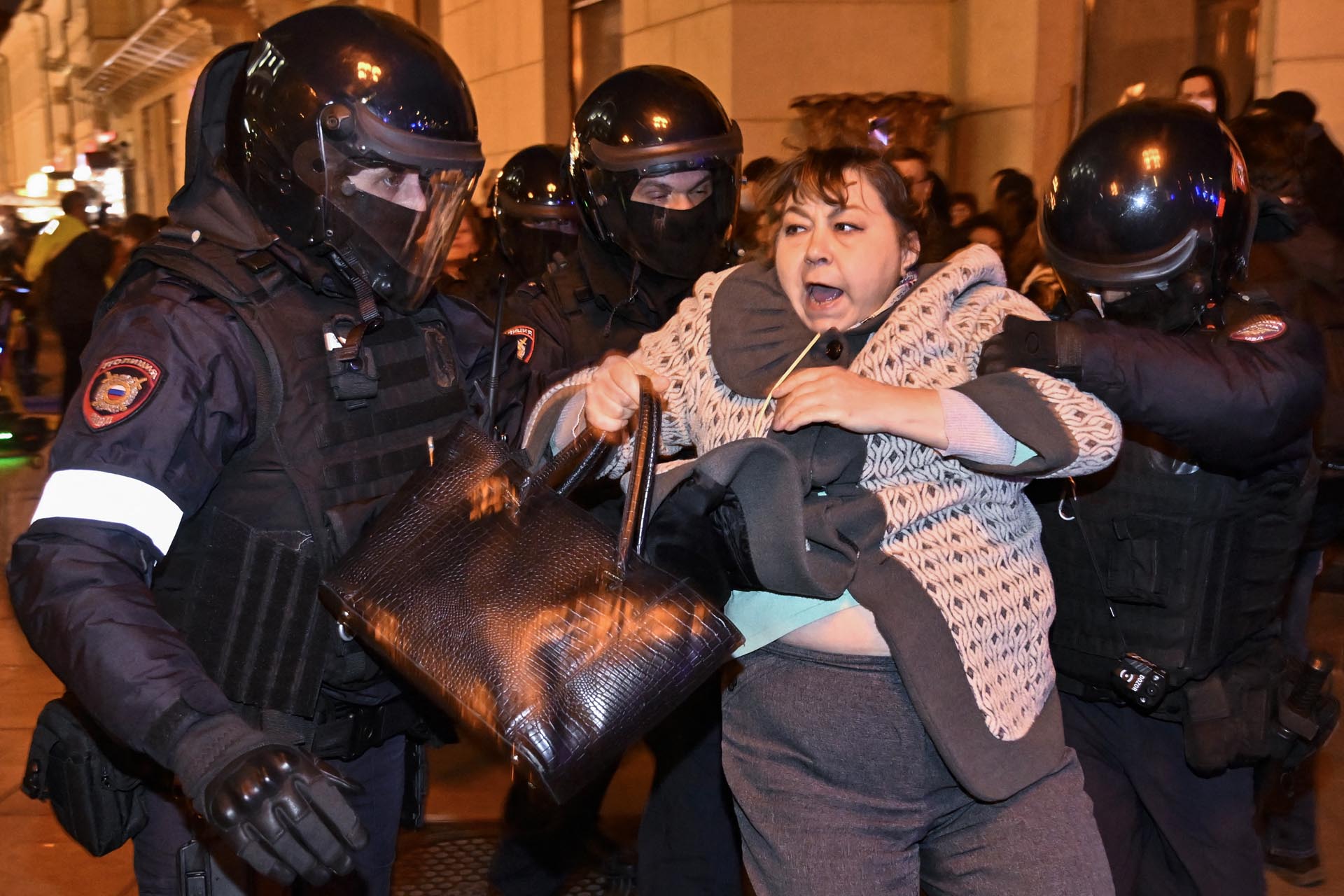 Putin wants 300,000 reservists to be ready to join the war. (Photo by Alexander NEMENOV / AFP) 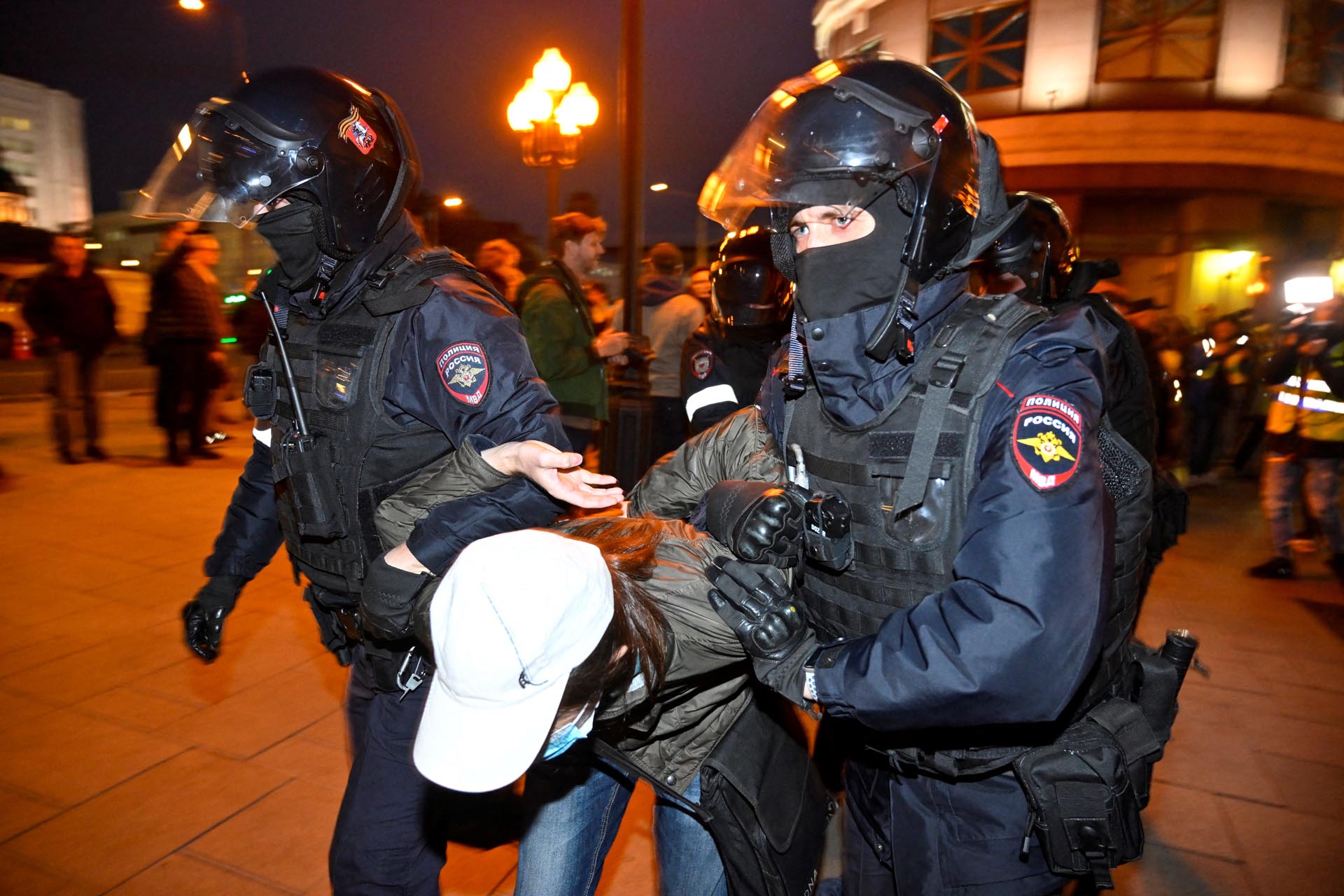 The deputies and officials who daily shouted about the need for mobilization will remain in their warm seats, alive and kicking, the organization denounces.

Given the forecast that the Russian security forces will try to prevent or suppress the protests, the movement has published the contact details of OVD-Infowhich monitors arrests and defends those arrested and was declared a “foreign agent” in Russia a year ago.

According to this organization, Since the beginning of the Russian military campaign in Ukraine there have been 16,437 arrests in protests against the military intervention.

(With information from AFP and AP)

Vladimir Putin once again threatened the West with the use of nuclear weapons: “It is not a bluff”
China calls for ceasefire in Ukraine after Putin’s nuclear threat
Russia presses the panic button and increases the risk of nuclear war
Putin plays the nuclear card again and calls for referendums to annex four provinces of Ukraine

Read Also:   the minute by minute of the price of Friday, September 16