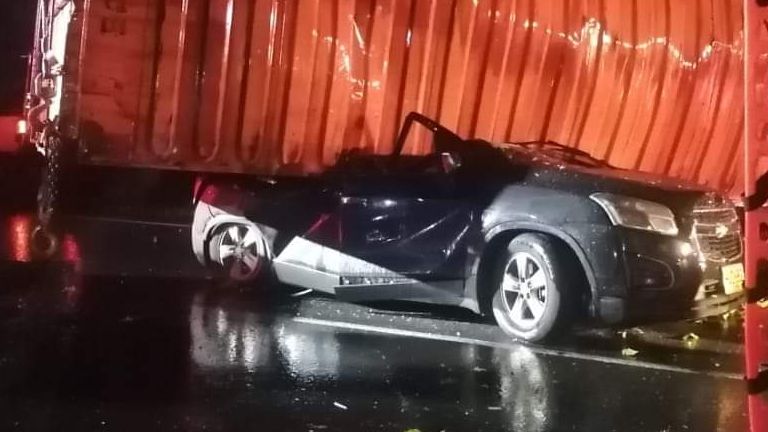 A tragic accident occurred in the department of Tolima, the event claimed the lives of three people, including a renowned merchant from the city of Ibagué. Traffic authorities are gathering more information about what happened to establish the causes of the accident in which a tractor-trailer lost control and ended up colliding, causing its load to fall on the vehicle and impacting the integrity of its occupants.

The event occurred on the morning of Tuesday, September 20 of this year, when a family was traveling from the country’s capital to Ibague. According to preliminary information, the family left El Dorado airport after enjoying a vacation in Cartagena.

The journey from Bogota to Tolima, it was carried out at dawn, in the Chevrolet vehicle with plates HOZ682, apparently, 5 people were traveling, among them; Sergio Andrés Bernal, alleged driver, Andrea Katherine Montaño Tabio, a two-year-old boy and Karol Tatiana Ibarra, wife of the merchant identified as Víctor Avilez Mendoza.

Mendoza, who was well known among businessmen for his food marketing such as; papaya, banana, soursop, mango, pineapple and vegetables that he sold in different markets and supermarkets such as; La 21, La 28 and El Jardín of the department of the city of Ibagué.

According to information provided by the police major, Nayibe Diaz Beltranthe exact reason for the accident has not yet been clarified, but it is known that a tractor-trailer that was traveling on the road tried to carry out a dangerous maneuver in which, in order to avoid the accident, it ended up falling sideways with the misfortune that the load fell on the vehicle in which the family was traveling. 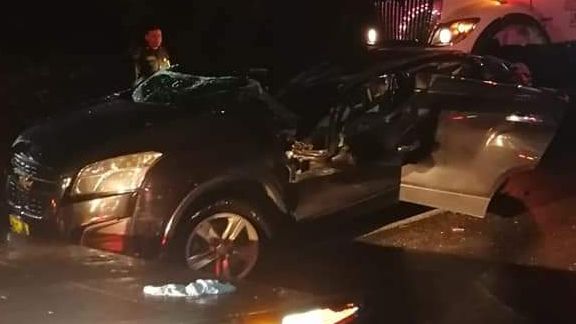 “I am Major Nayibe Díaz Beltrán, sectional chief of Transit and Transport Tolima. In an attentive manner, I allow myself to report a road accident at kilometer 7 of the Girardot Ibagué road, Chicoral variant. Apparently, the driver of a truck-type vehicle performs an evasive maneuver in order not to collide with a truck-type vehicle that was on the same road direction. this truck.”

You may be interested in: New case of euthanasia in Colombia: young man suffering from ALS asks that his right to die with dignity be respected

Read Also:   Sanchez coordinates the US, the EU, Africa and Colombia against the food crisis and announces 236M in aid

Despite the fact that the accident occurred in the morning hours, drivers who were traveling along the road tried to help the occupants of the truck, because the container was loaded it was impossible to remove it, which is why they had to notify what happened to the authorities who later arrived at the scene.

Members of the National Police and traffic, along with department firefighters and lifeguards, did their best to remove the members from the vehicle. The scene was tragic because the truck was crushed by the strong impact. Miraculously, the woman identified as Karol Tatiana Ibarra and her two-year-old son managed to be evacuated alive and were later transferred to the local medical center.

“Unfortunately, three people lost their lives and two more were sent to the Espinal municipality hospital center, where they are recovering satisfactorily,” added the sectional chief of traffic for the department of Tolima.

Authorities are investigating what happened to determine the guilt of the drivers involved.

Surgeon captured for the death of two women after undergoing cosmetic procedures in Tolima
Girls futsal players from Chaparral, Tolima, will go to Poland by agreement of the national government
They identified the woman who jumped from the La Vida bridge in Ibagué