Barely six months after the joint declaration that Spain and Morocco signed in April in Rabat during the visit that Pedro Sánchez made to the capital of the neighboring country, the Spanish Foreign Minister, José Manuel Albares, has set this Wednesday a date for the “orderly and gradual” opening of the transit of goods between Ceuta and Melilla with the Alawite Kingdom, the desired commercial customs. It will be, as he has said, “in January”.

After meeting in New York with his Moroccan counterpart, Nasser Bourita, to specify the “next steps” of the “new stage” of bilateral relations, Albares explained that “we want to continue advancing in the reactivation of our cooperation and for this reason we have agreed work so that the beginning of the passage of merchandise in an orderly and gradual manner through the land customs posts takes place throughout the month of January”.

As this newspaper has reported, the central government is processing the execution of works in the Tarajal border to have the minimum infrastructure necessary for the entry into operation of a “regional scale” customs control point.

Albares and Bourita have also agreed to hold “if possible during the month of November” a High Level Meeting (RAN) without precedent since 2015 as “a new opportunity to take stock and continue advancing together in the Spanish-Moroccan friendship”.

“Since April, all the Working Groups created by the roadmap have held meetings and are complying with the planned work schedule: we have made more than significant progress from which the Moroccan and Spanish peoples already benefit, such as with the resumption of communications air, sea and land that has allowed the reunion of thousands of families thanks to the Operation Crossing the Strait”the Spanish minister pointed out.

In addition, Albares has welcomed the fact that exports to the Alawite Kingdom have grown by 30% so far in 2022 to reach 6,000 million euros, consolidating Spain as its first trading partner. Now they want to “go further” with the reopening of the Melilla commercial customs office and the creation of one in Ceuta. 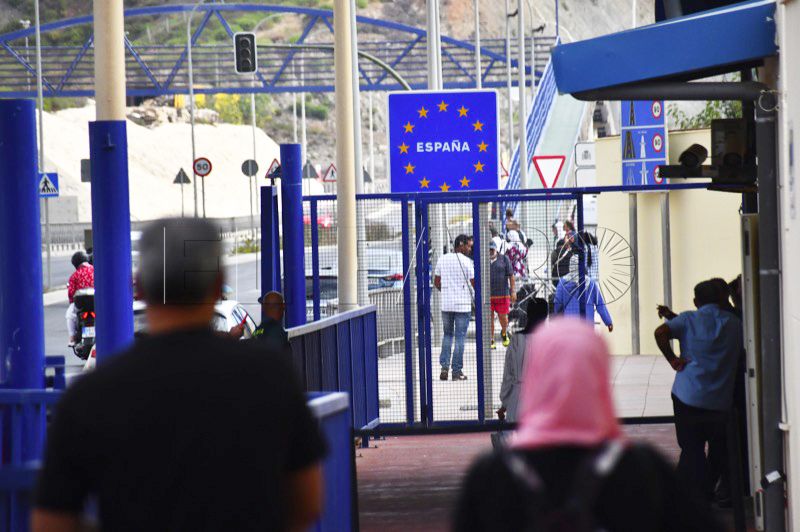 Asked in French if the opening of customs has been agreed in Ceuta and Melilla, Bourita limited himself to saying that both countries are working together “for the efficient, coordinated and rapid return to normality of the passage of people and goods by land and sea”.

Microcredits for young people and women

In order to “contribute to the economic development of our neighbor to the south”, the Government of Pedro Sánchez is going to approve a project from the Fund for the Promotion of Development endowed with 20 million euros, the first for 20 years in Morocco, for the granting of microcredits that facilitate the insertion of young people and women in the productive system.

Spain has also offered the neighboring country collaboration through technical assistance in the railway and sanitation and water desalination sectors to develop integrated systems on a national scale such as those existing in our country.

Albares has also wanted, from “prudence”, to value the result of bilateral cooperation against irregular immigration and the mafias that traffic in human beings. “The figures have fallen by 20% in the last four months compared to the same period in 2021 and we are going to continue to strengthen this collaboration, especially on the Atlantic coast,” he said.

The two countries want to continue helping each other from “transparency, permanent dialogue and mutual respect.” “These are the principles of sincere cooperation between two strategic partners such as Spain and Morocco”, she concluded.