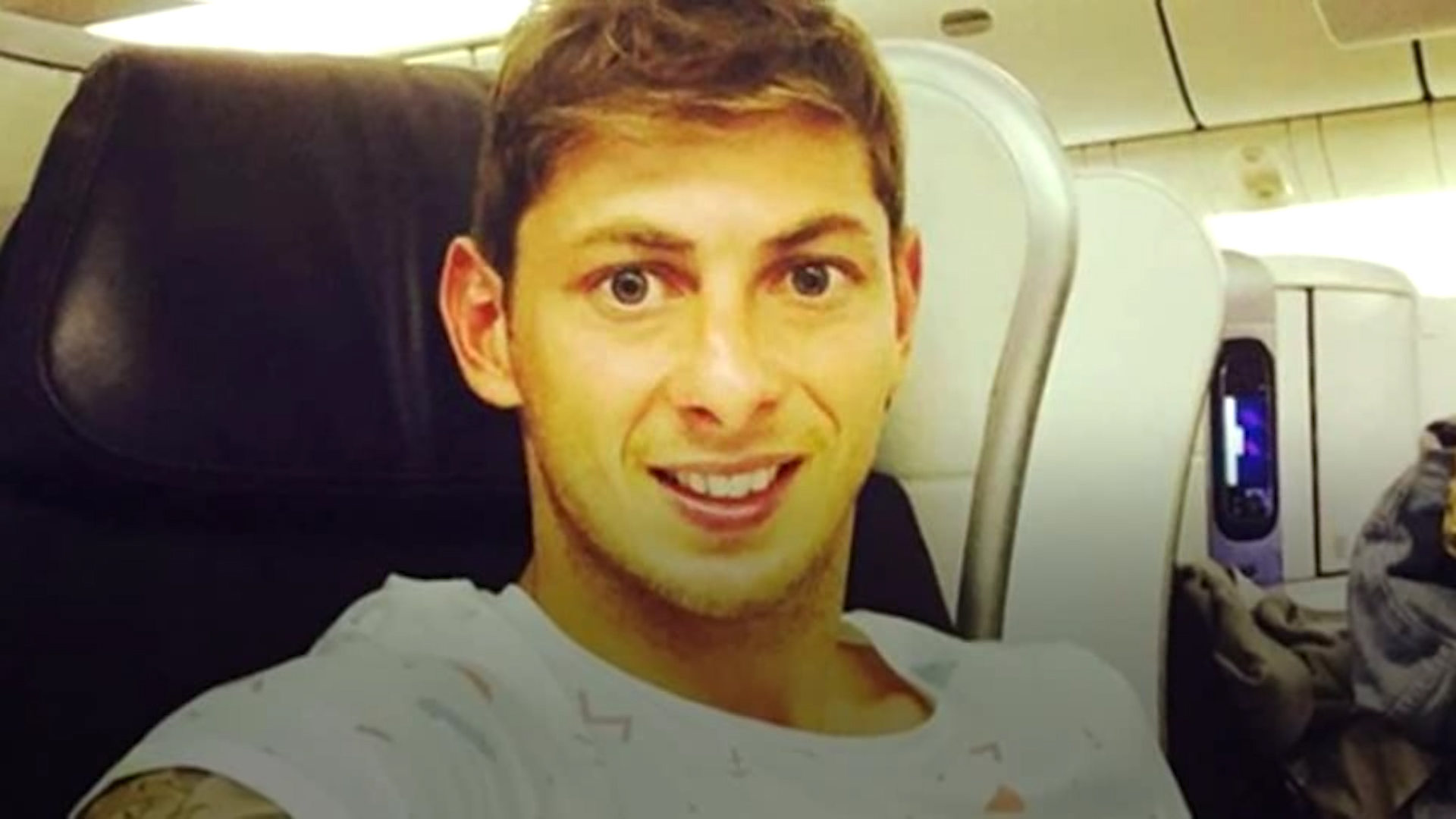 Emiliano Sala was flying to Cardiff on January 21, 2019 when the plane fell over the English Channel

The fact still hurts. Almost four years after the event that marked the sport forever, details continue to be known that deepen the pain and expose the ineptitude that existed. Football player Emiliano Sala He lost his life on January 21, 2019 when the plane that was transporting him fell over the English Channel in the middle of the flight that intended to deposit him in Cardiff, where he was going to join his new club. While the judicial processes are still in force, a shocking audio exposing pilot David Ibbotson’s negligence.

The content of the statement is between the man in charge of piloting the Piper PA-46 Malibu and a “fellow pilot” in the hours that elapsed after landing in France while waiting to return to Wales. “I was flying and then ‘boom’. I thought: ‘What’s wrong?’. So I put everything forward and checked my parameters, everything was fine and it was still flying, but it caught my eye,” Ibbotson told a friend identified as Kevin Jones, the network revealed. BBC.

In these audios, Ibbotson also points out a deeply shocking phrase in light of the facts: “Normally I would have my life jacket between the seats, but tomorrow I will wear it”. In the dialog also leave glimpse that the left brake pedal did not work correctly and be honest: “This plane has to go back to the hangar”.

“I’m in the middle of the English Channel and ‘bang’”, he pointed out, showing that some warning signs had already been identified on the outbound flight to Nantes. “That Malibu, it has like a fog from time to time. You can feel it, very, very low in the whole fuselage”, expressed to him in that conversation that it was recorded “accidentally”, according to the British media. There he pointed out that transportation was “Not very reliable”.

The autopsy carried out by the investigators on Sala’s body determined that he was subjected to “serious poisoning” by carbon monoxide and concluded that this exposure surely caused him to “be profoundly unconscious.” The hypothesis indicates that the pilot suffered something similar: ”It is considered likely that the pilot would also have been exposed to carbon monoxide.”said the report.

This finding of carboxyhemoglobin (COHb) saturation of 58% would be related to a “gas leak leaked from heater hose with cab heater” and it would also explain the strange movements that the single-engine aircraft made before falling northwest of the Island of Guernsey over the English Channel. 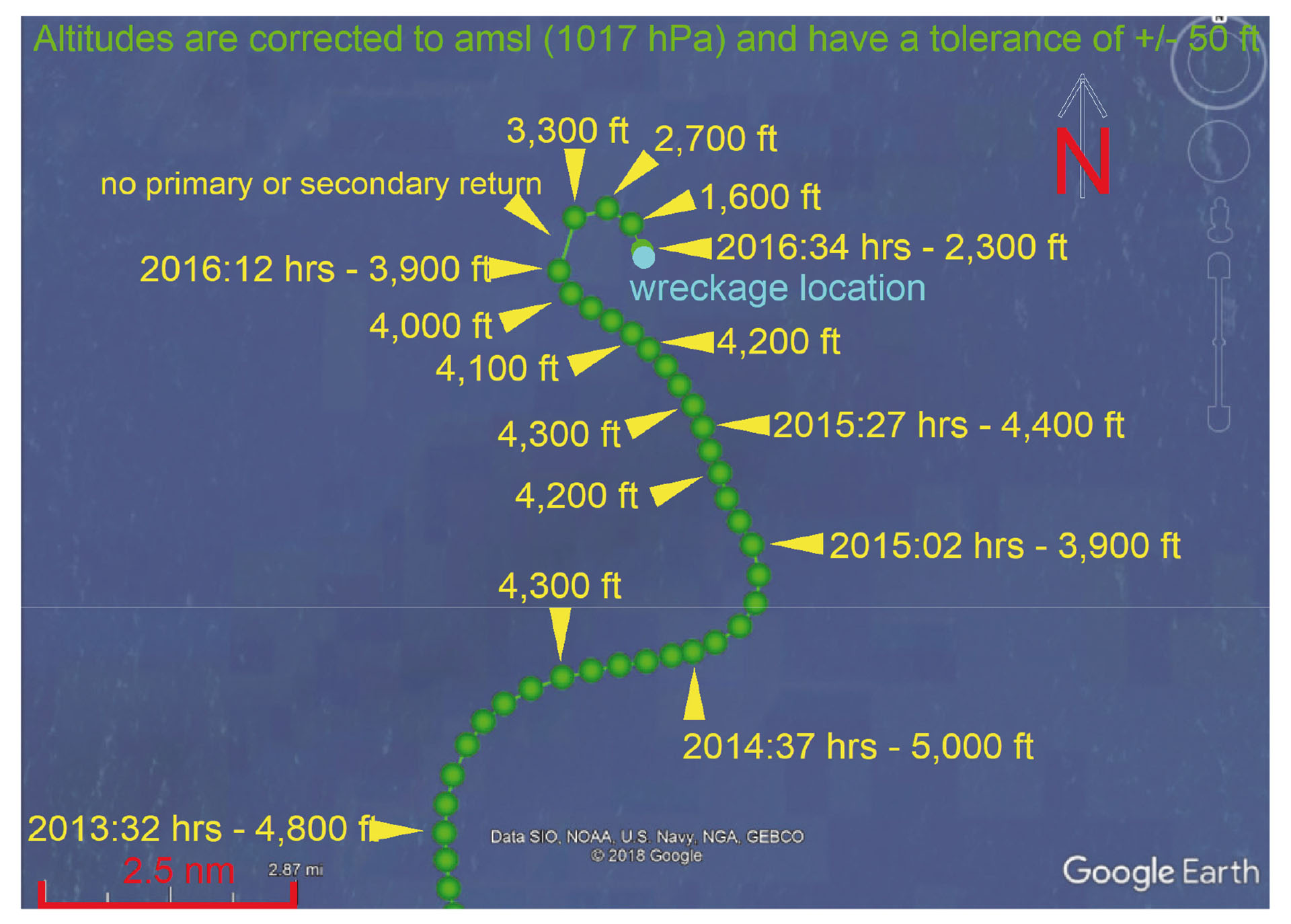 The final leg of the flight, created from a combination of radar data from Jersey (Les Platons) and Guernsey.

This revealing message that Ibbotson sent on the outbound flight to Nantes coincides with the assessments that Emiliano Sala had had on the flight. Minutes before the flight fell, the 28-year-old soccer player sent an audio to his friends where he raised the instability of that plane: “Guys, I’m here, on top of the plane, which looks like it’s about to fall apart. and I’m going to Cardiff, crazy, because tomorrow we’ll start training with the new team in the afternoon, let’s see what happens. So… how are you, little brothers, all good? If they don’t hear from me in an hour and a half, I don’t know if they’ll send someone to look for me, because they won’t find me, but you know… Dad, I’m so scared”.

Read Also:   The WhatsApp feature that everyone uses and affects "working memory": what it does

The subsequent investigation carried out by the specialists determined that “neither the pilot nor the aircraft had the necessary licenses or permits to operate commercially.” In other words, Ibbotson was not authorized to transfer passengers in exchange for money and such tasks could not be carried out on that plane. 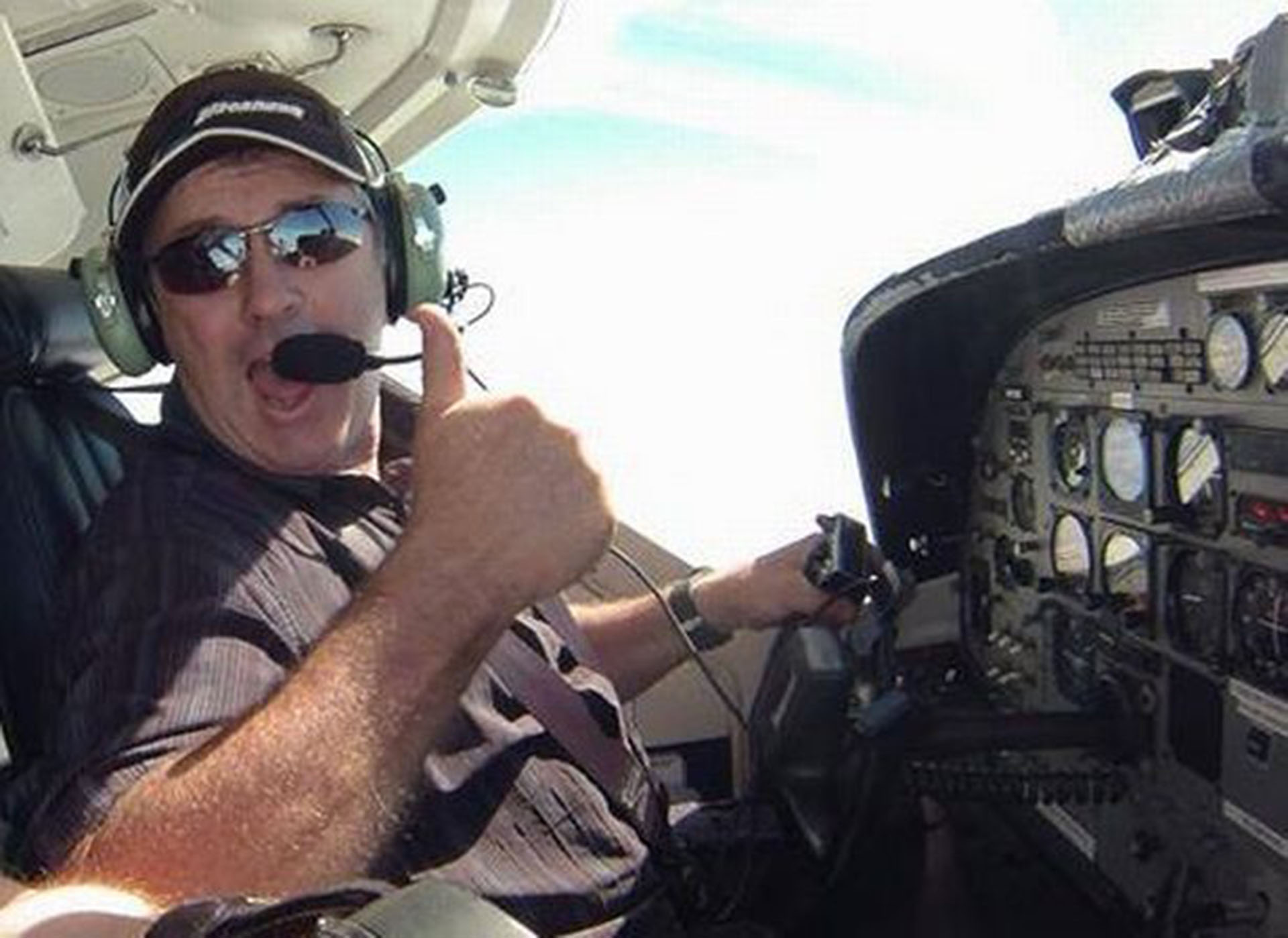 The flight took place during the night of January 21, 2019 from Nantes-Atlantique airport to Cardiff. Sala had returned to France to say goodbye to his former teammates and grab some belongings with the intention of joining the Premier League club that had made a record investment to buy his record. However, the flight never reached its destination and only on February 3 was it reported that they had located the aircraft at the bottom of the English Channel.

After that discovery, the members of the Geo Ocean III ship managed to rescue the body that was found among the wreckage of the plane: forensic experts determined that it was Emiliano Sala. The body Ibbotson’s was never located.

In November 2021, the Cardiff Justice determined that the organizer of the flight, David Henderson, was to serve 18 months in prison immediately after being found guilty of negligence. The conclusions during the trial indicated that he was going to be in charge of piloting the plane but since he was on vacation in Paris he gave the job to Ibbotson to replace him, even though he did not have a commercial license for such a task. Henderson is an experienced pilot who worked regularly with Willie McKay, a Scottish footballer’s agent who worked alongside his son Mark, who had acted as an intermediary between the agreement that FC Nantes made with Cardiff City to sell Sala. 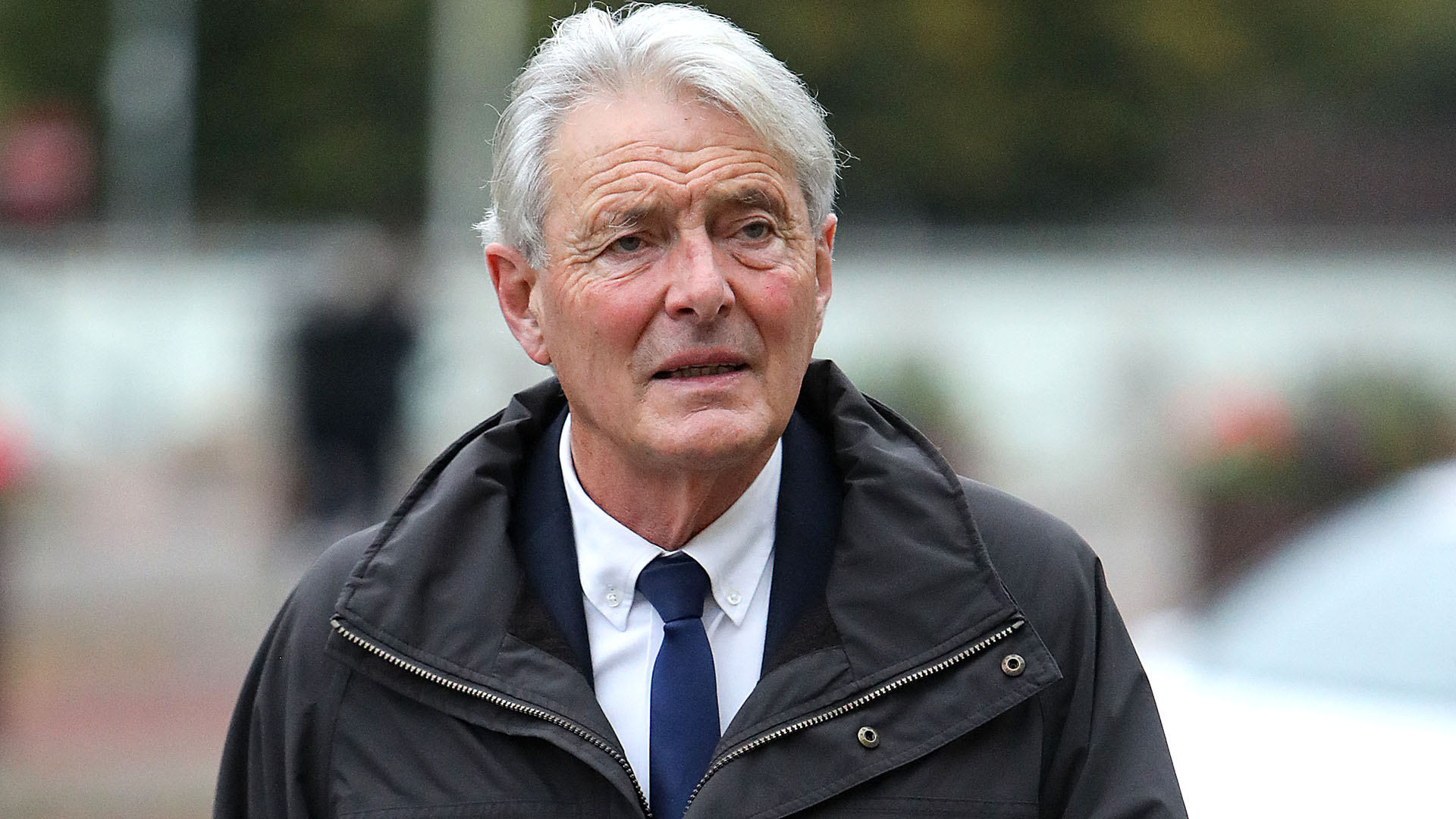 David Henderson was sentenced to 18 months in prison for the death of Emiliano Sala (Photo: Geoff Caddick / AFP)

The last fact that emerged from this tragic flight happened in the sports courts in full litigation between Nantes and Cardiff. The CAS determined that the Welsh club must pay 6 million euros to Nantes as part of the agreement they had for the signing of the Argentine striker. “Once the club’s lawyers have digested the reasons for the decision, we hope to appeal and we will not make any payments to FC Nantes in the meantime,” the Premier League club said. “If those appeals are unsuccessful and the club must pay the transfer fee, the club will take legal action against those responsible for the crash for damages to recover their losses. This will include FC Nantes and their agents”, he pointed out.

Read Also:   I followed live the third day of the Youth Week

Erling Haaland’s reaction to knowing Julián Álvarez’s speed in FIFA 23: “It’s crazy”
A Spanish media published a report that reveals the demands that Messi had to continue in Barcelona
Does Mbappé not pass the ball to Messi and Neymar?: the statistics that expose the French
Hernán Crespo introduced his new girlfriend 18 years younger than him: “I love you my love”