Also, the 6.9% for April-June was one tenth below the 7% registered in the first quarter of the current year, according to INDEC.

The drop in unemployment occurred along with a growth in the Gross Domestic Product (GDP) of 6.9% between the second quarter of this year and the same period in 2021.

Meanwhile, the demand underoccupation also fell in the second quarter of this year to 7.7%, compared to 8.5% in the same period of 2021, and something similar happened with the “non-demand”, which fell to 3, 5% from 3.9% .

It should be remembered that in the framework of the Council of the Americas held last month, the economy minister Serge Massa stated that the unemployment in Argentina it fell to 6.7%, a figure that INDEC itself stated that it did not have closed at that time.

“During the first half of the year, activity grew by 6.5% year-on-year (y/y), which allowed the level of employment to grow close to 6% y/y. However, in line with an acceleration in inflation towards the second semester (6.5% m/m floor equivalent to +110% annualized) together with the tightening of access to imported inputs, we project a drop in activity by the end of the year, and annual growth decelerating sharply until achieve average annual rates of 3.5%”, analyzed LCG.

And he added: “In this sense, we expect job creation to moderate in view of lower activity. In turn, the erosion of real wages due to inflationary dynamics could lead to the search for employment to provide new income in the households, resulting in a higher activity rate which, if not validated by job creation, would result in an increase in the unemployment rate”. 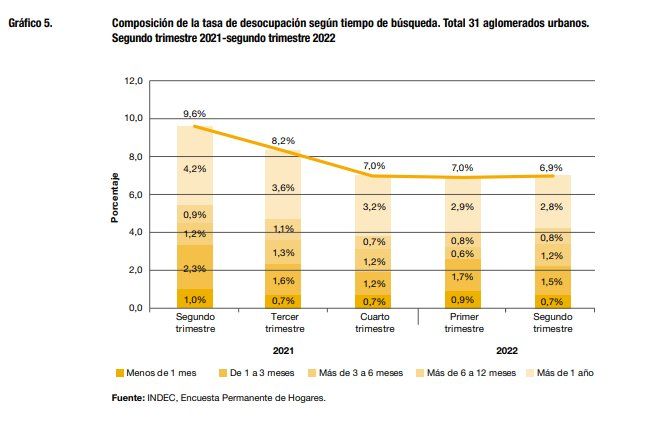 “The unemployment rate in the second quarter was 6.9%, the lowest since the recovery of the INDEC at the beginning of 2016. A good figure in the context of the increase in occupational precariousness and salary deterioration”, highlighted Luis Campos , coordinator of the Social Law Observatory of the CTA.

In a post on Twitter, he highlighted: “The lowest unemployment records, below 2%, were in Viedma, Comodoro Rivadavia and Santiago del Estero. The highest, above 8%, in Córdoba, Mar del Plata and the matches of Greater Buenos Aires”.

According to the official statistical agency, For the population aged 14 and over, the unemployment rate (UR) was 7.8% for women and 6.1% for men.

Among the regions, those that showed the highest TD were the regions Greater Buenos Aires and Pampeana, with 7.8% and 6.5%, respectively. On the contrary, the region with the lowest TD was the Northeast (4.1%).

In reference to the educational level of unemployed people, 67.9% have completed up to secondary school, and 32.1% have a higher or university level, complete or incomplete. 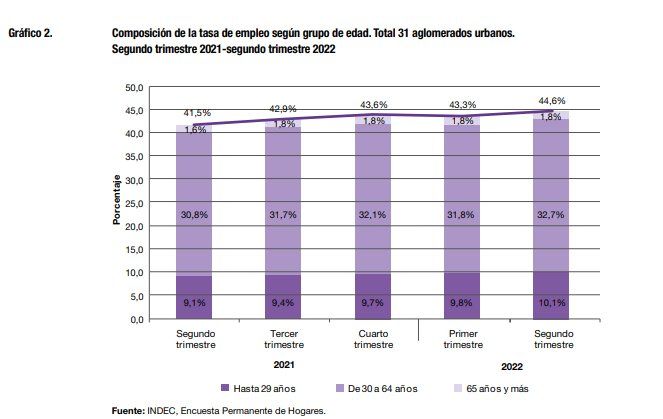