The controversy over an alleged underfunding of the health system does not let up. While the EPS have come out en bloc to alert about a possible crisis in the system due to lack of resources, the Minister of Health, Carolina Corcho, assured that the budget for her portfolio will be “the highest in history” and dismissed the alerts from the insurance companies saying that it is a campaign by the opposition to generate “anxiety, uncertainty and anxiety”.

But the warnings from the EPS did not sound loud even in Congress, which is called upon to approve or deny the General Budget of the Nation. This Wednesday, while Corcho defended his management to calm the storm of statements from insurers, the approval of said project by President Gustavo Petro was debated in the economic commissions of the Senate and the House of Representatives.

Despite the fact that it was expected to be widely debated by the opposition, the budget for 2023 was approved in the first debate in both commissions without much objection.

With this support from the Capitol, the Health Provider Entities will receive around 1.88 billion pesos less than what the previous Government had stipulated. According to Corcho’s accounts, the EPS require 2.12 billion pesos for their operation throughout the coming year, a figure that is well below the 4 billion pesos that the government of former President Iván Duque had established.

If this decrease in the budget remains firm –as it is almost a fact that it will happen–, insurers would go from having an increase of 14.97%, which Duque had stipulated, to an increase of 12%, proposed by Minister Corcho. For the EPS, this would have a negative impact on the final service to users.

Read Also:   The CGPJ does not reach an agreement to renew the Constitutional despite being out of time

Despite these announcements, the statements made this Wednesday showed that the head of the Health portfolio is evaluating giving in a little on that point, since she herself said that “the two paths, or financing percentages, still exist” and are being discussed with the Ministry of Finance.

The complete project of the Budget was for an amount of 405.6 billion pesos for all the portfolios. If it happens as stipulated, health and social prosperity (50.2 billion pesos) would be the second segment with the most allocation, surpassed only by education, which was left with 54.7 billion pesos.

One of the strongest criticisms of the budget reduction came from the Colombian Association of Comprehensive Medicine Companies (Acemi). According to that association, Corcho’s announcements represent an “imminent definancing of the health system” that would aggravate portfolio problems and affect providers, medical personnel and patients.

The president of Acemi, Paula Acosta, said that the 2.12% increase proposed by the Ministry does not cover the use of health services that is growing due to the aging of the population and post-covid.

This position is also shared by academics such as Johnattan García, an associate researcher at the Harvard University School of Public Health, who said that the Ministry of Health’s projections could generate a scenario of uncertainty for health providers and users.

According to him, this drop in resources could imply that the EPS begin to delay in the execution of resources and in making payments. In the long run, this would affect all the actors in the health system who are the ones who negotiate with the EPS to provide their care to patients.

Despite this, Corcho has defended his proposal saying that several of these criticisms are about “lies, misrepresentations and unfounded lies, about budget situations and health financing.”

According to what he said, the current government began to operate in that portfolio “as if it had two goals against”, since the Ministry has a deficit of 5.5 billion pesos that was left over from the previous administration.

The truth is that, despite these explanations, speculation also continues about a supposed plan for the EPS to collapse and, thus, there are reasons to end them, as Petro proposed.

“The minister has us quite worried. I don’t know if what she is promoting is a crisis in the system for her to say that the system has collapsed and that she has to eliminate the EPS. In any case, she will be the one who will have the explanations, but at the moment it seems to us a strange position to ask for fewer resources for her own portfolio, ”concluded the representative of the Democratic Center, Óscar Darío Pérez 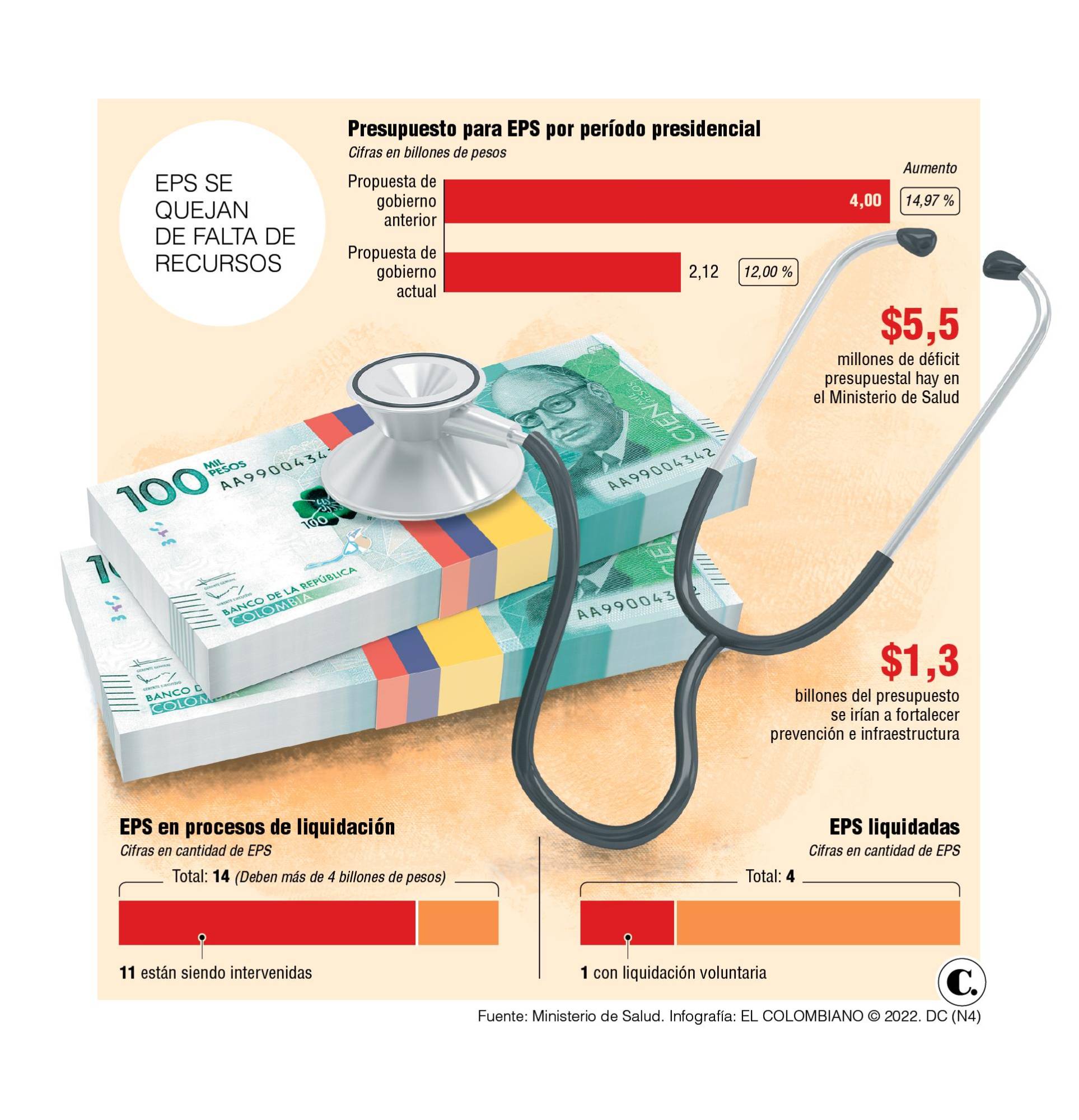